Basis for media censorship must be clarified – Jesse Agyepong 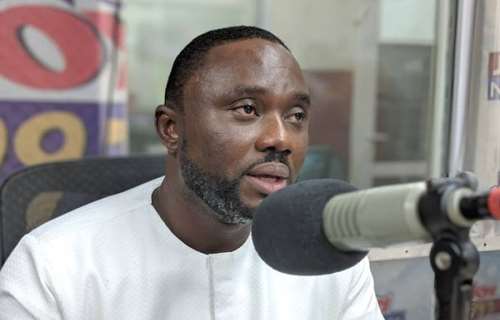 Managing Partner at AFiBA Consulting, Jesse Agyepong has said the basis of media censorship of a programme must be made clear.

According to him, “If statements within the act or the bill are overly ambiguous and are left to the interpretation of the Committee members Ghana Independent Broadcasters Association (GIBA) should fight these every day to the extent that the ambiguity exit, we need to fight this every day.”

This comes at the back of National Film Authority’s (NFA) indication that effective May 1, 2021, no television station, cinema theatre or movie screening centre shall show any unclassified audiovisual content.

The NFA says it is stated in the Development and Classification Film Act 935 that all audiovisual content should be reviewed and classified before shown on any platform.

Last week, a 10-year-old boy, Ishmael Mensah Abdallah was killed by two teenagers near Kasoa who claimed to have been influenced by a spiritualist on television.

Speaking on Showbiz A to Z, Jesse noted that although he is not condoning to the activities of any ritualist on television, he is of the belief that it will be difficult to implement since they do not openly demand these body parts on air from the onset.

“On TV they don’t say that and they are smart, on TV they would say I would grant you your heart desires and leave it open but when you go and see them in their backend then they give you the weird things,“ he said on Joy FM.

“So I am saying that we need to draw a very fine line to the extent that there is an illegality that pushes towards somebody saying bring blood or kill somebody by all means prosecute them but I can tell you that if you watch all those channels you won’t see that s on basis are you asking the mallam to shut up tell me that now!” he added.

This, according to him, are parts of the reasons he foresees challenges in the law’s execution.

DISCLAIMER: The Views, Comments, Opinions, Contributions and Statements made by Readers and Contributors on this platform do not necessarily represent the views or policy of Multimedia Group Limited.
Tags:
Jesse Agyepong
Media Censorship