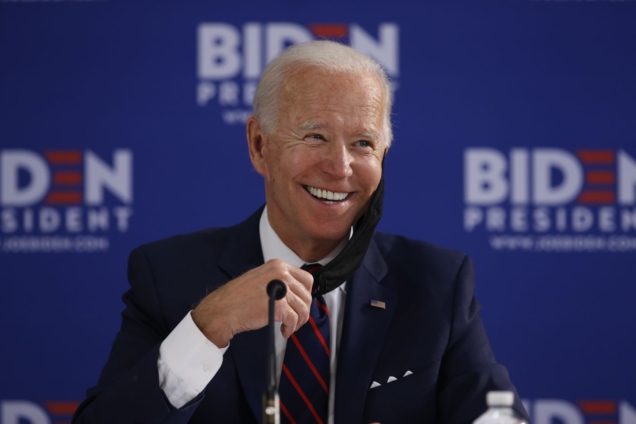 Ballots are still being counted in Pennsylvania and Biden’s lead is continuing to grow, reaching a point Friday where Boockvar concluded the state wouldn’t need to do a recount.

The state automatically recounts ballots in races where the margin of victory is 0.5 percentage points or less.

As of Friday afternoon, Biden led Trump by almost 0.9 points, which amounted to more than 60,000 more votes than Trump.

Trump can still request a recount, but in doing so would need to allege a miscount in the official vote tally.

On Friday, Trump’s legal team withdrew from representing his campaign in a legal challenge looking to block vote certification in Pennsylvania.

In the unlikely event Trump were to be granted a recount, his campaign would have to pay for it and the recount would have to be finished by Nov. 24.

10,000. That’s how many mail-in ballots the state received after polls closed on Election Day but were in by the 5 p.m. Nov. 6 deadline the state set for receiving mail-in ballots. According to the Pennsylvania State Department, “These ballots are not of a sufficient number to impact the no-recount determination of any of the statewide races.”

Trump has continued to claim, without evidence, that there was widespread voter fraud that cost him the presidential election. But he has not had success in convincing the courts to see his way, or even some members of his legal team.

An Arizona challenge failed on Friday after a lawyer representing the Trump campaign determined it was moot to challenge the election results.

Overall, Trump lost four states that he carried in 2016, in addition to the second Congressional district in Nebraska. Those combined to swing 58 electoral votes to Biden.

Trump is also trailing in Georgia, which has 16 electoral votes, but the margin there is close enough that a recount is taking place.

The election was portrayed as close by major news networks on election night itself, but as more ballots continue to be counted, Biden’s lead has just kept growing.

He has had more ballots cast for him than any candidate in American political history, and held 50.9% of the vote Friday afternoon—the highest of any presidential challenger since Franklin Delano Roosevelt’s 57.4% against Herbert Hoover in 1932.

DISCLAIMER: The Views, Comments, Opinions, Contributions and Statements made by Readers and Contributors on this platform do not necessarily represent the views or policy of Multimedia Group Limited.
Tags:
Biden
Pennsylvania
US elections 2020