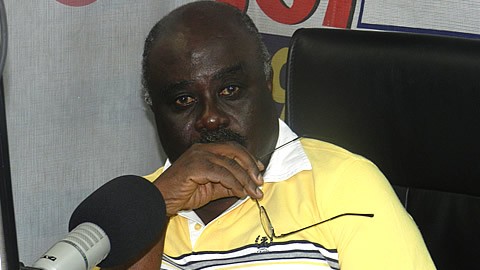 The 14 year of the 21st century starts today. As always happens, all of us will be resolving to do things better than we did before, but of course in the sure certainty that before year has passed its 3rd month, we will be already be making the excuses for our failure to keep faith with our near sacrosanct resolutions.

In a little over two months from today, our dear nation will celebrate the 57th year as Black Africa’s pride of self-rule and the pledge to demonstrate that the Black man was capable of managing his own affairs. At an age when most earthly mortals will be planning for their retirement and the joys of the twilight years of their lives, we have clothed ourselves with the label of “developing country” as the ready excuse of our nation’s development and well being going into reverse in the WWW global village.

I have three wishes for Ghana for 2014. Firstly, that we will learn to finish some of the things that have been started and been works in progress and numerous inspections by politicians. Secondly, that we will actually focus on preempting and preventing eminently avoidable disasters instead of talking incessantly to explain why the calamitous disasters occurred and will reoccur and reoccur, thirdly, we should avoid digging into our past to seek answers to our problems of the 21st century.

Last year started and ended with wahala about biometric identification. The identification or otherwise of voters by biometric technology was central to the petition against the John Mahama’s election as President of Ghana. The year closed with the depressing news every Ghanaian living everywhere who had secured a new biometrically certified passport will have to get another one cos the current one fails to meet international requirements. As always it is the poor hapless Ghanaian wanting to take up Gen Nuno-Mensah’s advice to pack up and go who will have to cough up for the incompetence of the powers that be.

In 2001, the first policy speech of the new Kufuor Presidency was the announcement of the National Identification Cared. Curiously I recall it was announced by the Minister for the newly created Ministry for Women & Gender Affairs, I wondered then and am still waiting for what it all had to do with improving the lot of women and children. Alas, 14 years on, we are not done with providing every Ghanaian with a distinct card of their bona fide as a citizen of this great republic.

Rather we have now gone biometric crazy and any organization wanting to show its “krakye” powers is now issuing biometric identification cards. The game started with the ubiquitous Biometric Voters ID card. The clearly sensible advice to merge this with the national ID card was ignored. Once we discovered it, the passports got into the act. The NHIS is doing ditto.  The DVLA has jumped on the bandwagon.  Civil and Public servants are being biometrically IDd'; an action that is so slow that it has prevented newly qualified folks from being paid for nearly two years.

Wherever one turns, folks are being forced to acquire biometric identity documentation, all of which contain essentially the same information, and hopefully the same unique finger printing and iris recognition data. Incredibly I have yet to hear from anywhere that a single one of these exercises has reached closure nor has anybody managed to give me a rational explanation as to why the same information and security features cannot be simply embodied in one BIOMETRIC IDENTIFICATION CARD for every Bona fide Ghanaian, So Resolution number is: Let’s stop the cloning of multiple Ghanaian identities, settle on one and more importantly finish the job by 31 December 2014.

“Fire; Fire; Fire; Fire; Fire dey come”!  This was one of those childhood safety tunes drummed into our coconuts. The other was being “Better be Late Mr. X, than the Late Mr. X”.  Well, it’s all gone and the last year has seen Ghana become an uncontrollable inferno of fire fire fire everywhere. The damage has been enormous at the personal, communal and national levels, consuming the life’s labours of many as well as cindering vital evidence that could have unearthed and exposed the perpetrators of the continuing rape against our nation’s resources.

We have convened the experts to establish the course of the fires. We have even brought in Uncle Sam to assist (even as we contrived to give them a real feel by torching the car taking them to Kumasi). But predictably, nothing has come out of it because somebody or persons tampered with the evidence before the experts could get to look at it.

Last but not least. I want my President to bring 21st century solutions to solving our problems instead of going backwards to dust off colonial era and immediate post independence solutions that showed us up as being incapable of managing our own affairs.

It will be eminently more effective to use GPS tracking technology to stop the abuse of vehicular use than reverting to GV number plates. There is absolutely no rhyme or reason (at least He has not given us one) why every government vehicle should be insured by SIC when we have a vibrant and very competitive insurance industry, especially under a President pushing for Public Private Partnership. Until we can use “Green Revolution’ technology to grow enough rice to feed ourselves, it is pointless and a sign of rudderless leadership to close and unclose the warehouses of rice importers.

No nation is an island onto itself. The WWW has brought the great technological achievements of the 21st century to the finger tips of a well informed and inter-connected Global Village. As a friend said on the occasion of Ghana’s 50th year of nationhood, “In the information age, agriculture is controlled by knowledge, ideas, technology and scientific developments. How to manage weather conditions and boost agricultural productivity are more important today than how to use simple hand tools”.

Ghana’s problems require solutions founded in the knowledge of today and not the throwback of yesteryear. Let’s move forward in 2014 to the 2nd gear and stop inadvertently putting the gears into reverse. If necessary, get a V8 cruise-control Ghana Development SUV.

A purposeful, productive and fulfilling 2014 to our President and Every Ghanaian Living Everywhere