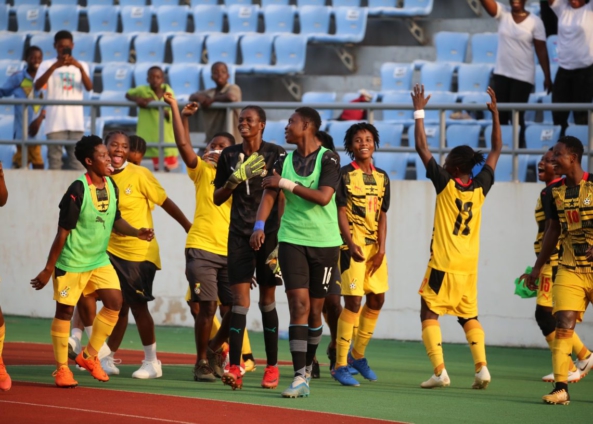 General captain of the Black Princesses, Mukarama Abdulai, says the team’s friendly game against France will be a good test for them ahead of the FIFA U-20 Women’s World Cup.

With less than a month until the start of the tournament which will be staged in Costa Rica, Ghana’s team are in France as they wrap up their preparations for the showpiece.

Their camping in France will see them play a friendly game against Les Bleues on Friday, July 29, 2022 at 14:00 GMT, a game the former Black Maidens skipper is certain will be a good test for the team.

“[After travelling from Accra to Paris] the girls put in so much effort. The game is going to be a big test and it is a good thing we get to play to see how our preparation has been from Prampram to a different environment. It’s going to be a big task,” she said.

Mukarama also asked Ghanaians to support the team as they seek another bid to make the nation proud on the world stage.

“[They] should keep pushing their support behind us. They should always put their prayers behind us [because] we need it. Without them, we can’t do it alone,” she added.

Ben Fokuo’s side aims to make it out of the group stage for the first time after failing in all the previous five attempts.

DISCLAIMER: The Views, Comments, Opinions, Contributions and Statements made by Readers and Contributors on this platform do not necessarily represent the views or policy of Multimedia Group Limited.
Tags:
Black Princesses
France
Mukarama Abdulai