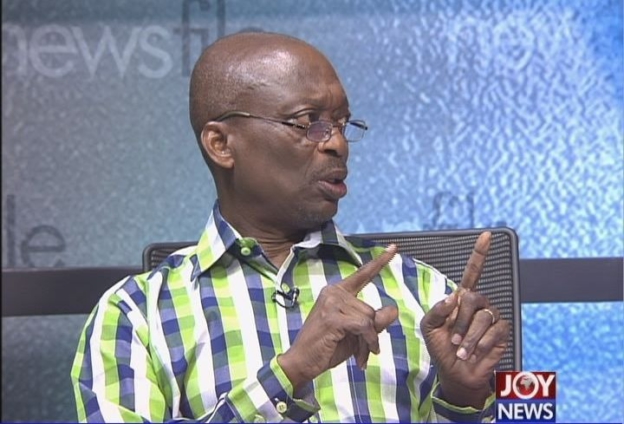 The editor-in-chief of the New Crusading Guide Newspaper, Abdul Malik Kweku Baako has described the arrest of broadcaster Kwabena Bobie Ansah as misguided.

He said this is a wrong approach to address the alleged false publication leveled against him.

According to the maverick journalist, the aggrieved persons can proceed to the court to cure any mischief and malice.

“The state’s action or reaction is unsustainable and wrong-headed in the context of this particular case. Let those whose integrity and reputation might have been damaged by the commission and omission of the journalist, proceed on the civil libel wavelength to cure the mischief and malice,” Kweku Baako said.

The police’s charge sheet noted that the broadcaster on January 1, 2022, accused the First Lady, Mrs. Rebecca Akufo-Addo, and wife of the Vice President, Samira Bawumia of “fraudulently granting themselves state lands at AU Village, around the Kotoka International Airport for the construction of [the] Rebecca Foundation, a non-governmental project”.

The charge’s sheet added that the police’s subsequent investigations into the alleged publication revealed that the accusations by Bobie Ansah were false.

According to the Police, the accused person failed to honour several invitations from the police to assist with investigations.

Bobie Ansah was picked up at the entrance of Class Media Group on Thursday night just after he had ended his how, ‘The Citizen Show’.

But Kweku Baako believes the police investigations into the matter are uncalled for.

“No need for criminal investigation or prosecution. Unless of course, there’s evidence of fraud, extortion and criminality! No journalist(s) and/or media practitioner(s) or media house(s) has/have immunity/indemnity if and when it comes to issues of extortion, fraud and criminality,” the Facebook post added.

Meanwhile, the Kaneshie District Court has granted the presenter a GH¢50,000 bail with two sureties.

He has been charged with the publication of false news and offensive conduct after he was picked up by the Police on Thursday night.

The court which heard the case on Friday has adjourned the case to March 14, 2022.