Arrest of journalists: Ownership of radio stations by politicians is the biggest problem – Prof. Gadzekpo 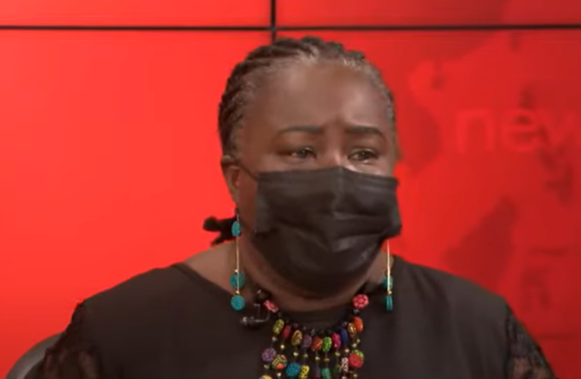 Former Dean of the School of Communication Studies, University of Ghana, Professor Audrey Gadzekpo, says the ownership of radio stations by politicians is a major contributing factor to the recent arrests of journalists in the country.

According to her, these radio stations have programmes that seek to promote the agenda of political parties and sometimes engage in deliberate disinformation.

Speaking on JoyNews’ Newsfile on the recent incidences of apprehension of journalists, Madam Gadzekpo noted that it is due to the political affiliation of their media houses.

“Part of the problem is the ownership of radio stations. It is the biggest problem. Most of our radio stations are owned by politicians. It is not by accident that when Bobie Ansah was picked up by the Police, it was NDC supporters who went to the Police station. It wasn’t ordinary citizens.

Because our media space, particularly the broadcast space has been captured by politicians. That is why we have almost 700 radio authorizations which make even the sustainability of radio stations impossible. But why? Because everyone who comes into power wants a radio station,” she said on Saturday.

Mr. Ansah has been charged with the publication of false news and offensive conduct. He is said to have called the First Lady, Rebecca Akufo-Addo, “a thief and that she has stolen state land around the Kotoka International Airport,” a statement he knew was “likely to occasion the breach of the peace” on January 1, this year.

According to Prof. Audrey Gadzekpo, prior to the liberalisation of the airwaves, commission set up for this purpose warned against the intrusion of politicians into the media space.

“It is a shame because, at the beginning of liberalization, there was a Bonso-Bruce Commission, and one of the things the Commission advised was that, we shouldn’t have political parties and operatives owning media and religious interests.

What are some of the problems we have now? It is with political and religious interests,” Prof. Gadzekpo noted.

She added, “so it is that failure through all the administrations from 1993 to date that has led us to this position.”

Aside from the arrest of Bobie Ansah, Onua TV’s Morning Show host, Blessed Godsbrain Smart, was detained by National Security operatives after he had been granted bail by the court following his arrest over extortion.

He was detained along with another staff, Eric Dadzie Copperfield, popularly called DJ GH Boy who is also facing charges of abetment to extort.