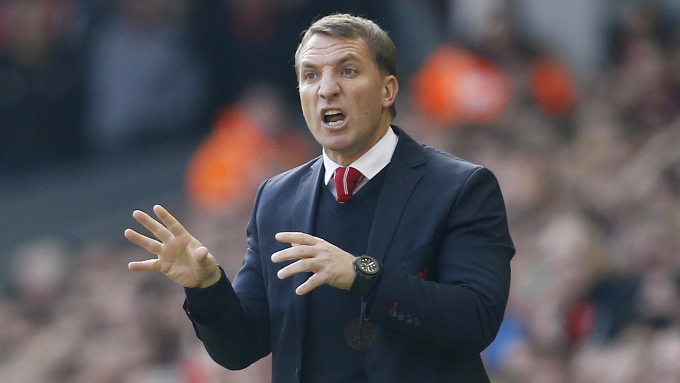 Liverpool manager Brendan Rodgers accepts Champions League football is unlikely to return to Anfield next season, but insisted once again that contract rebel Raheem Sterling will do.

This has been an uncomfortable week on Merseyside after the England forward's ill-advised interview only heightened speculation over his future.

Sterling told the BBC that he turned down a new £100,000-a-week deal but insisted he was not a "money-grabbing 20-year-old", while also admitting that links to Saturday's opponents Arsenal were "quite flattering".

Rodgers spoke to the forward about the week's events yet still started him at the Emirates Stadium, where the Gunners all but ended Liverpool's hopes of a top-four finish with a comfortable 4-1 win.

"The reaction and commitment of the players has been first class since (the defeat to Crystal Palace in November)," Rodgers said.

"Really, up until the Manchester United game we were the form team and playing very, very well. "But we have been dealt two big blows in these last two games, we haven't performed how we would like and that has ultimately cost us in terms of the result.

"I very much doubt we will be in the top four now come the end of the season. There's too much ground to make up – that's the realistic view from me. "Now, we must really focus on the FA Cup and that has got to be very, very important for us."