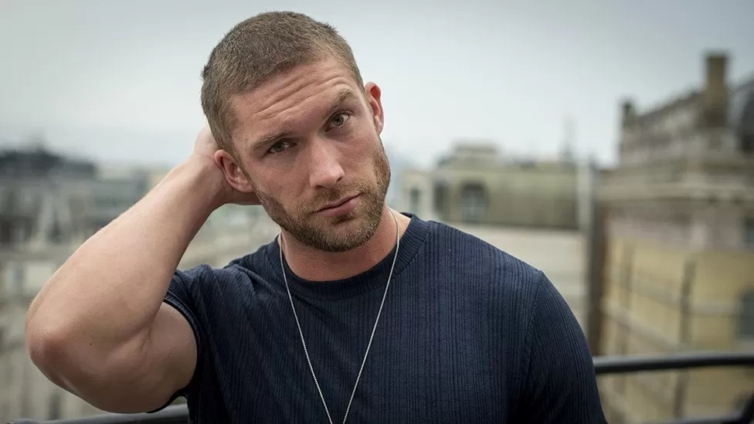 The show was called Love Island, but to Chris Williamson, it felt like the World Cup final.

This was his moment; his dream come true; the pinnacle of his party boy career. As a 27-year-old model and nightclub promoter, a month in the sun-kissed villa, shown nightly on ITV2, promised a new level of fame.

He had been on TV before – the prime-time dating show, Take Me Out, three years earlier – but Love Island was longer, and with fewer clothes. After screen tests, “the most rigorous sexual health check you’ve ever seen”, and a psychometric evaluation, he flew to Majorca to start filming.

But then the cameras started rolling. The long, lifeless days turned into weeks, and he understood the truth of his World Cup final.

He wasn’t made for Love Island. Really, he never had been. And so, the re-invention began.

Williamson, now 34, is from Stockton-on-Tees, a town near Middlesbrough in the north-east of England. He was an only child and didn’t fit in at school.

“Mum used to slap me on the back of the wrists and say: ‘There are two Ts in butter, Christopher, and you’re not saying either of them.’ Which [trying to pronounce his Ts] in a working-class town, in a state school, made me stand out. I sounded different. I used to obsess with how kids did their ties, or the sort of shoes they had. Because I was adamant that was the reason they had friends, and I didn’t.”

He was bullied, physically and verbally. For a “big period”, he would spend lunchtimes in the classroom of his history teacher, Mrs Wilkinson.

“She felt bad for the fact I didn’t have a big group of friends to walk about with. I would spend time in there and kids would walk past and say: ‘Oh, are you in detention?'”

He excelled at cricket, bowling leg spin in the Durham Academy until he was 17, but the loneliness of school left a mark.

“Being at the bottom of the hierarchy is not a very nice position to be in. I think, for a good while, that informed how I viewed myself, in terms of what I should expect from other people.”

The first turning point came when he left Stockton to study business at Newcastle University (he got three Bs at A-level – the requirement was A-B-B, but he says they wanted him to play for the cricket team). At his first seminar, he sat next to Darren, who would become his business partner.

They became franchisees of Carnage, which organises student bar crawls, then turned to nightclub promotion. Their company would keep the ticket money, while the clubs kept the bar takings.

The company was a success: over 14 years, he says, it got more than one million people into clubs. So, after earning a master’s in international marketing – “I completed my dissertation in 48 hours, without sleep” – club promotion became his full-time job. But even then, there were warning signs.

For two or three nights a week, he would get home between 02:00 and 04:00, after work. On top of that were his own boozy nights out – less frequent, but causing two or three-day hangovers. It was a strange, sleep-deprived way to live and, aged 22 or 23, he went to the GP, thinking he might be depressed.

He went away with a piece of paper, explaining what depression was. The late-night, party-hard cycle continued.

In 2012, seeking to increase his “clout” – being well-known is useful for a club promoter – he went on the ITV dating show Take Me Out (he was already a model; an agency put him forward).

Three years later, the show’s casting producer told him about a new show: 23 young, attractive contestants in a villa, across six weeks, with viewers hooked on who would hook up.

It wasn’t that Williamson hated Love Island, or looked down on the others. He just didn’t belong.

“I was living this persona of the professional party boy – the big name on campus, the guy with the hair out front [of the club], that wanted people to need him, that thought he had found the culture and industry he belonged in.

“Then I got on to Love Island, and had nowhere to hide from people who were the person I was pretending to be. I was there with people who were genuinely extroverted, outgoing, party people. And I was just playing a role.”

The fact that normal conversations were banned didn’t help.

“So if me and you say: ‘Let’s talk for three hours on the evolutionary underpinnings of why men fight each other,’ they’ll come over the tannoy and say: ‘Islanders, we can’t talk about the outside world, please.’ What they want is you to talk about Omar [a fellow contestant], and the girl who mugged him off last night.”

So how did it feel, to realise your own persona – your own brand – was a house of cards?

“Shocking. I’d convinced myself this was something that made me finally belong. And I didn’t belong.”

After leaving the villa – voted out by fellow contestants on Day 19 – Williamson looked for answers. He began to find them, he says, in the wave of long-form podcasts and conversation that transformed 21st Century media.

He listened to psychologist Jordan Peterson, neuroscientist Sam Harris, biologist Bret Weinstein, and others, on the Joe Rogan podcast. He watched philosopher Alain de Botton’s School of Life channel. The more he learned, the more he questioned a lifetime of – as he puts it – “getting people drunk on £1 Jaegerbombs”.

“And that’s not to say the business wasn’t unbelievably fulfilling,” he insists. “I’m so proud of what I did with my business partner. But it felt like there has to be more to life than this.”

Two of his friends – Jonny and Yusef of Propane Fitness – invited him onto their podcast. “I’d been on Love Island, they were looking for clicks,” he jokes. “So we did this episode in the Voodoo Events office. The sound quality was terrible, but I really enjoyed it.”

He did more episodes with Jonny and Yusef, and fell in love with the art, and adrenaline, of public conversation. “It felt like a cross between a mental workout and therapy. I loved the fact I had to be rigorous in my speech, I had to be precise, that I was being scrutinised by an audience.”

In 2018, he started his own show, Modern Wisdom. The sub-title is “life lessons from the smartest people on the planet”, and a typical guest might be a psychologist, an anthropologist, or an adventurer.

After episode 18, his “video guy” – a friend, Dean – suggested putting the show on YouTube. When they hit 1,000 subscribers, YouTube started paying them, with Chris and Dean splitting the money 50-50.

It was not, however, time to get out the champagne, or even the Jagerbombs. In the first year they made £25; in the second year “a couple of hundred”.

It was during the 2020 lockdown that Williamson decided, in his words, to “turn pro”. Inspired by Steven Pressfield’s The War of Art, he saw the show as a job, rather than a hobby. He began doing three episodes a week, worked with speech, theatre and comedy coaches, and sought out bigger guests.

In April 2021, he interviewed Jordan Peterson, after networking with his daughter Mikhalia, also a podcaster, online. And, as the guests grew more famous, the downloads (now more than 80m in total) and subscribers (525,000 on YouTube alone) grew exponentially. But the transformation from Love Islander to podcast star was completed by an Instagram message in July.

Williamson was in Austin, Texas – where he moved at the start of the year – and was recording a Modern Wisdom episode to mark 400,000 YouTube subscribers. Someone asked when he would be a guest on Joe Rogan’s show.

“I said: ‘I honestly don’t think the guy knows who I am.’ I went to the gym, came back, and I had a message off him [Rogan]. I put the phone down and just looked at the wall for about two minutes.”

Appearing on the show is the online, long-form equivalent of going on David Letterman or Michael Parkinson: previous guests include Elon Musk, Mike Tyson, and Quentin Tarantino; three weeks after Williamson, it was Mark Zuckerberg.

So how did it feel to appear on the biggest podcast in the world – one that cost Spotify a reported $200m to buy?

“It seemed like it went down well. And that felt like, not the closure of an arc, but the final paragraph of one chapter. It was like, yes, this justifies the effort, and the turning pro, and the risk of leaving a business you know is successful [to run] a podcast.”

DISCLAIMER: The Views, Comments, Opinions, Contributions and Statements made by Readers and Contributors on this platform do not necessarily represent the views or policy of Multimedia Group Limited.
Tags:
Chris Williamson
Podcast star