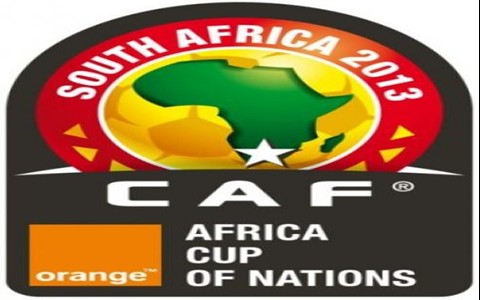 The Secretary General of the Confederation of African Football (CAF), Hicham El Amrani and the Chief Executive Officer (CEO) of the Local Organizing Committee (LOC), Mvuzo Mbebe, responded to questions on Thursday in Sandton from the media on issues related to the 2013 Orange Africa Cup of Nations.

Below are some issues raised at the media briefing;

“The case of Jonathan Pitroipa will be reviewed on Friday, January 8, by the Organising Committee. The Burkina Faso Football Federation has filed an appeal in that regard. According to the rules, the referee is the sole master on the field and is sovereign. During the first round, we reviewed some sanctions because we had deliberately decided, but because the referee himself acknowledged that he had committed an error of judgment. On Friday, we would know if Pitroipa is qualified to play in the final or not,” Hicham El Amrani.

“Honesty compels us to recognize that there has been inefficiency in the direction of some matches. Yes, there were questionable decisions. Those referees that our technical department found inefficient were sent home. The Referees Committee is composed of human beings who are bound to make mistakes. We try to correct the errors if it is possible. However, what is unbearable is the behaviour of some officials or supervisors who insult CAF on bias officiating. We have worked on issues of arbitration, the composition of our referees and we will continue to do so. Some believed in the false accusations and this is unacceptable,” Hicham El Amrani.

“In the very near future, the schedule will be announced. For the 30th edition, the format will be similar to the 2012 edition in Gabon and Equatorial Guinea. It was not possible for this year due to the lack of time, following the switch from even to odd years,” Hicham El Amrani.

2017 Africa Cup of Nations in Libya

“By the end of February, a preliminary Inspection team will be on site to do an inventory and meet with the authorities of the country regarding the tournament,” Hicham El Amrani.

“The call for applications for the rights to host the tournament will be launched in the second halve of 2013. Several countries, some through the press, have already expressed their interest,” Hicham El Amrani.

The CAF Secretary General said to the best of his knowledge, there were no cases.

“CAF is following the case with great attention. We are relying on the various National Associations and authorities of their respective countries to conduct the investigations if necessary,” Hicham El Amrani.

“56,940 tickets have been sold to date for the final on January 10. It is likely that the stadium will be full just as the third-place playoff between Mali and Ghana in Port Elizabeth. The elimination of Bafana Bafana did not affect the ratio of attendance at matches, which demonstrates that South Africans were not only cheering their teams,” Hicham El Amrani.