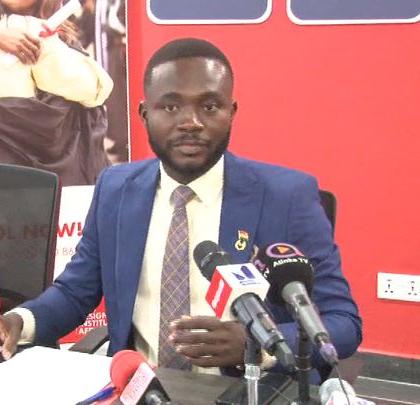 The Chief Executive of Community and Entrepreneurial Development Initiative (CEDI Ghana), Kingsley Kwaku Pinkrah has signed a Memorandum of Understanding (MOU) with Queen’s University, Leadogo Incorporated in Canada, and JACCD Design Institute Africa to create thousands of jobs for the youth in the country.

The MOU which was signed on Friday seeks to roll out a project dubbed Entrepreneurship Jobs for All (E-Jobs4All).

The scheme when set up will set the youth up to build and grow their businesses.

Speaking at the ceremony, a former UN Senior Economic Advisor, Professor Mohamad Abou Hamia, pledged his support for this project.

“Today’s signing of the MoU comes at a perfect time; the world has not fully recovered from the negative consequences of the terrible pandemic that hit us in early 2020. This has led to the ongoing rise in global inflation rates which will soon be followed by a severe recession, and millions of people could lose their jobs, especially in developing countries,” he shared.

The Deputy Minister for Employment and Labour Relations, Bright Wireko Brobbey was grateful to the partners for their support of the project.

“[This] will equip the youth with the requisite technical and entrepreneurial skills to complement the government’s job creation efforts.”

He further stated that the importance of this intervention and the relevance of the project cannot be overemphasised.

“This is because the Ghana Statistical Service per its Seventh Round of the Ghana Living Standards Survey  estimates that the formal sector will not be able to generate jobs in the required numbers to absorb the growing labour force. This means that a large proportion of the population would have to be guided into the informal sector which already employs about 85% of the labour force.

Thus, he concluded that beneficiaries of the E-Jobs4All Project would have to be supported to create more employment opportunities to absorb the growing labour force both in the formal and informal sectors of the economy.”

The project is expected to be launched soon after which the application portal will be opened for interested youth to apply.

DISCLAIMER: The Views, Comments, Opinions, Contributions and Statements made by Readers and Contributors on this platform do not necessarily represent the views or policy of Multimedia Group Limited.
Tags:
CEDI Ghana
Employment
poverty