CHAN 2016 qualifiers: Zambia, Senegal through to next round 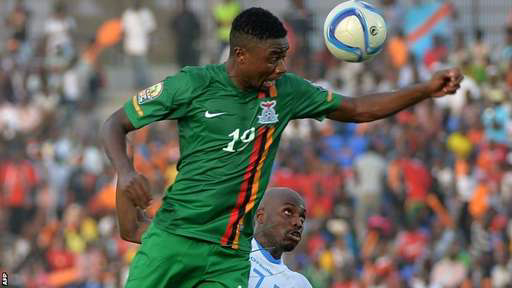 A total of 42 countries are chasing 15 places at the 2016 finals while Rwanda qualify automatically as hosts of the tournament that runs from 16 January to 7 February.

Ghana will play at home on the weekend of 16-18 October against the Ivory Coast in Zone West B. The other teams in the zone are Niger, Nigeria, Burkina Faso and Togo

Here're some results that have come in.

Zambia secured their spot in the next round of the CHAN qualifiers, as they defeated Namibia 6-5 on penalties. Chipolopolo picked up a 2-1 win in the second leg to make it 3-3 on aggregate, before they triumphed in the penalty shoot-out.

Botswana were dumped out of the CHAN qualifiers, after only managing to secure a 1-1 draw in their second leg tie on Saturday afternoon. Thabiso Brown gave the visitors an important lead in the 81st minute, Botswana did pull one back in the 90th minute through Mpho Kgaswane but it wasn't enough as Lesotho progressed via the away goals rule.

Zimbabwe progressed to the next round of CHAN qualifiers, despite being held to a goalless draw by Comoros on Saturday afternoon. The Zimbabweans' 2-0 first leg victory was enough to see them progress.

Senegal secured their spot in the next round of the qualifiers after they defeated Gambia 1-0 on Saturday evening. Mouhamed Ndoye scored the only goal of the game to secure the win for the Senegalese, who claim a 4-1 win aggregate win.