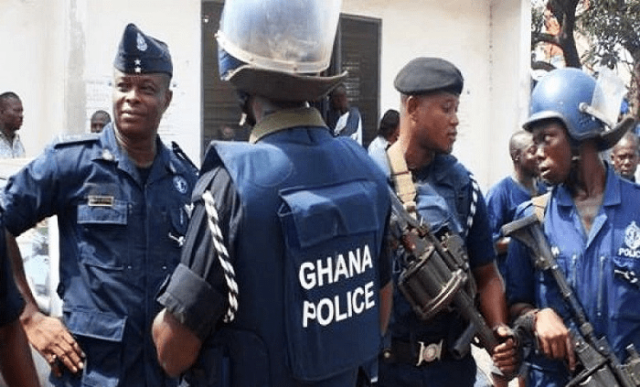 Residents of Achimota Mile 7 in Accra have called for police protection after a string of robbery attacks in the area for the past weeks.

They say their lives are threatened by the incessant operations of armed groups in the community.

Their call came two days after two vehicles were snatched, equipment of Rhema Gospel Church stolen and the sum of ¢10,000 and other valuable items were taken from a mobile money shop.

The attacks have left a number of casualties in the area, Joy News’ Maxwell Agbagba reported.

“I was just here when a man walked towards me and put his hand into his pocket. What I saw later was that he pulled out his gun and shot me in the chest,” a victim of one such attack narrated his ordeal.

The robber later directed one of his accomplices to shoot him also, he narrated to the reporter.

But Greater Accra Police Commander, DCOP George Alex Mensah said the police have intensified their patrol of the area to arrest the criminal gangs.

“We’ve increased our patrol and numbers in those vicinities to keep these guys at bay,” he told Emefa Ampawu on Joy FM’s Midday News Tuesday.

He said the police have mounted an operation in the region to arrest all unregistered motorbikes reportedly used by the armed groups.

DCOP Mensah entreated residents to report incidents of attacks to the police anytime they happen in order to get the protection they deserve.

"The police are on it [because] last week we arrested some armed robbers who tried to rob some people at Baatsona in Accra," he said.