COLA Strike: We will blame Akufo-Addo if we fail the BECE – JHS finalists 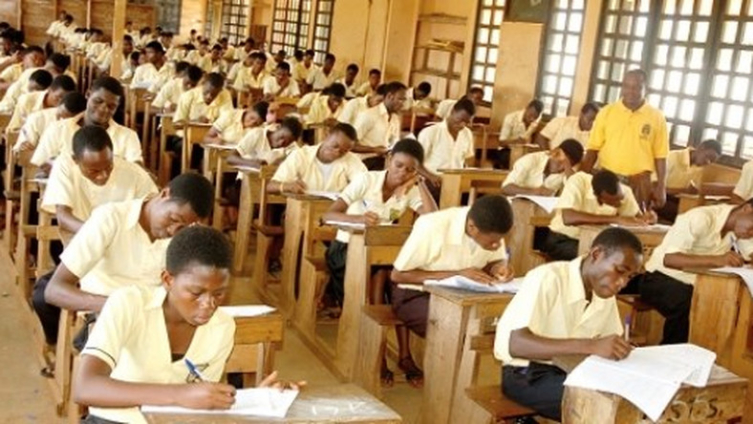 Students in their final year at Ashia Mills Basic School in Accra say they will blame President Akufo-Addo if they fail the Basic Education Certificate Examination (BECE).

The students made this comment during an interview with JoyNews on the impact of the strike action by their teachers on studies.

On Monday, July 4, four teacher unions embarked on an indefinite strike over the non-payment of 20 percent Cost of Living Allowance (COLA) by government.

According to one of the final year students, who spoke on behalf of his classmates, “On the 17th October, we will be writing BECE and if we fail, there is no one to blame than the President because he is the one taking care of the teachers and other school supplies.”

In an interview with JoyNews’ Joojo Cobbinah, Ibrahim Mohammed said the absence of the teachers from the classroom is having a toll on their studies.

This, he explained is because “we are this year’s BECE finalists so if there is no teacher here to teach us, it will affect us. Secondly, we are not even plenty over here most of us have gone home,” he said.

Mohammed pleaded with the government to resolve the impasse.

Another student told JoyNews that the absence of the teachers has left things in disarray.

“Even our form threes are writing their mock and because of that (strike) they can’t write it. They are all playing around and some of them have gone home.”

Meanwhile, the Education Ministry is this afternoon locked up in a meeting trying to resolve the concerns of the pre-tertiary teachers which has caused them to withdraw their services across the country.

This comes after the first meeting between the Employment Ministry and the striking teacher unions on Wednesday ended inconclusively with the teachers refusing to call off their strike.

The meeting was attended by representatives from the Ministry of Finance, the CEO of Fair Wages and Salaries Commission, Benjamin Arthur; Director-General of Ghana Education Service, Prof Kwasi Opoku-Amankwa; Minister of Education, Dr. Yaw Osei Adutwum and Minister of Employment and Labour Relations, Ignatius Baffour-Awuah

In the latest development to this strike, the Teachers and Educational Workers Union (TEWU) is accusing some Heads of Senior High Schools of intimidating its members with threats to resume work.

Meanwhile, the Deputy General Secretary of TEWU, Mr. Charles Kofi Osei has urged members to remain resolute and not bow to any pressure.

“We have asked our members to stand firm. We are telling all our members and non-teaching staff members to remain resolute, leadership is behind you and therefore don’t allow yourself to be intimidated. We are bent on getting whatever we want because of the economic situation that we find ourselves,” he said.