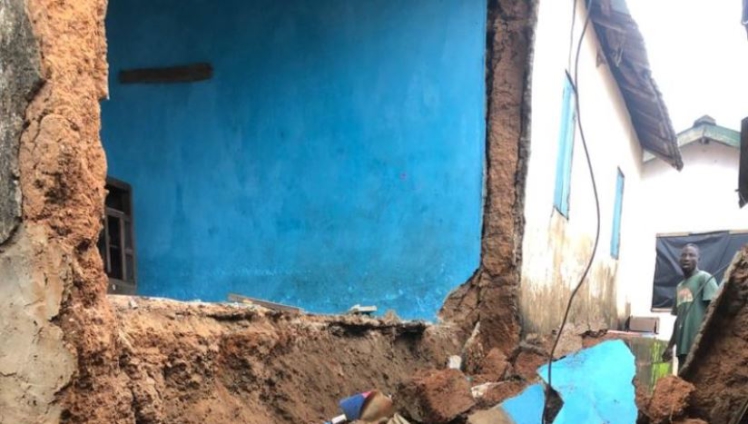 A 12-year-old girl, Maame Yaa, met her untimely death when a building collapsed on her at Shama Junction in the Shama District of the Western region.

Uncle Atta, the father of the deceased told the Ghana News Agency (GNA), that the collapsed building was closed to his house.

“I heard an unusual sound and was informed by one of my sons who was in the same room that a piece of wood fell from the top of the roof to hit his sister,” he explained.

With the help of the neighbours, the girl was rescued but she had blood oozing from her ears and nose.

She was rushed to the St Benedict Hospital at Inchaban but could not survive.

In an interview with GNA, Mr Philip Boateng, the Assembly member of the area, confirmed the incident and added that a team from the National Disaster Management Organisation visited the scene to assess the extent of the destruction.

He encouraged the family of the deceased to remain steadfast despite the unexpected calamity and look up to God for renewed strength.

Mr Boateng appealed to the benevolent organisations to come to the aid of the affected families and help relieve them from the psychological pain.

The body of the deceased had since been deposited at the St Edward morgue at Apimanyin pending an autopsy.