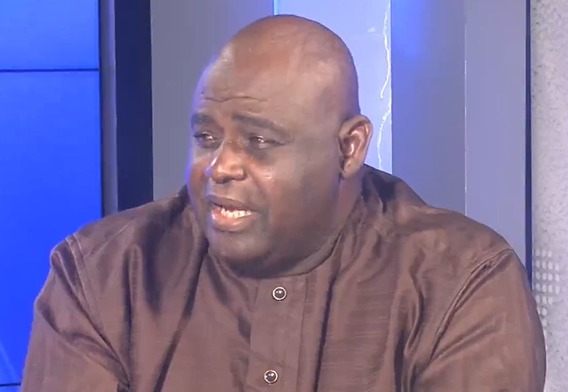 The Government of Ghana’s decision to upgrade the road from Dome in the Greater Accra region through Brekusu to Kitase in the Eastern region into a dual carriageway is going to bring a big relief to the residents and businesses on that stretch of the road network, Nana Odeneho Kyeremateng, Chairman of Comet Properties.

This is due to the expected attraction of investments into the area.

Engaging the media on the rehabilitation project, Nana Odeneho Kyeremateng, believes such a project is laudable and a boost for development of the communities along that stretch.

The renowned estate developer is also advocating support for government to be able to recoup the about $38 million investment from the road project.

President Akufo-Addo cut the sod for the rehabilitation of the 19 kilometres road which connects part of the Greater Accra and Eastern regions.

Reacting to welcome the infrastructure project, owner of Comet Hills, Nana Odeneho Kyeremateng called on government to collaborate effectively with relevant stakeholders to help retrieve the funds to be invested in the project.

The improvement of road networks in an area reduces the time of movement, create additional communities and ultimately improve the quality of the lifestyle of the people.

“In as much as, I thank President Akufo-Addo and his government for the commitment of such a huge sum of money in the quantum of $38 million for such infrastructural development in the area, it behooves upon the citizenry to pay property taxes in order to enable government to get more revenue to such infrastructure projects in the country.

Nana Odeneho also called on government to use the available local government regulations to raise revenue for more development.

“I use this opportunity to reiterate my call to the government to use the laws in the country, particularly, the new Local Government and Decentralization Act, Act 936 to raise more revenue. There is an expected appreciation in value of the properties in the area if the government provides improvement in public infrastructure. Therefore payment of development levies must be encouraged before one is allowed to put up his or her building”, he charged.

“I will further state that until all these laws are implemented, the government of Ghana whether today or tomorrow, whoever comes to power will still be bedeviled with the infrastructural needs and bad-roads menace prompting local community demonstrations”, he added.

He therefore believes that the reconstruction of the road will encourage the company to expand and create more jobs for the youth.

Comet Properties is a premier private integrated urban developer in Ghana for over two decades with its maiden private city at Comet Hills, also known as Comet Estates on the Akwapim Hills. It’s covering over 5 kilometers or 1,500 acres area, near Kwabenya in the Greater Accra Region and a subsidiary of the Chrematin Group of Companies.