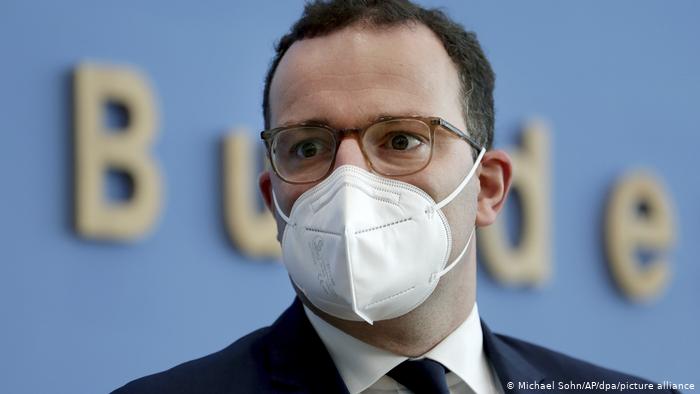 Berlin is urging the EU to sign a deal as soon as possible with German firm BioNTech to secure doses of a promising coronavirus vaccine.

BioNTech and US firm Pfizer announced their vaccine is 90% effective.

German Health Minister Jens Spahn said the European Union is hoping to secure a final deal “in the next few days” with German firm BioNTech and their US partner Pfizer after the companies announced a highly-effective coronavirus vaccine.

Spahn, who contracted COVID-19 himself in late October, said it’s important that Germany and the rest of the EU don’t fall behind in the vaccine rollout.

“We of course couldn’t explain to Europeans and especially to Germans if a vaccine would be available and [distributed] in the USA or in other regions in the world, but not in Germany and Europe.”

Spahn says he hopes to secure 100 million doses for Germany, but that the EU is trying to negotiate on a bloc-wide level.

He emphasized that the European Commission is the body with the mandate to negotiate with pharmaceutical companies — not individual states.

France, Germany, Spain and others in the 27-member bloc “absolutely” would have been able to secure national contracts, Spahn said. “The question is, whether that would have reflected our understanding of European solidarity.”

What is the latest on the vaccine?

On Monday, German company BioNTech and US firm Pfizer said their jointly-produced vaccine was 90% effective at preventing COVID-19. The announcement is a breakthrough in the fight against the coronavirus pandemic, although the vaccine is still being tested in Phase II trials.

Researchers say they haven’t found any safety concerns in their trials, although that will need to continue to be tested. BioNTech said the immunization effect could “last for at least a year” but the duration of the effect remains to be seen.

When will the vaccine be available?

Although researchers and health agencies are working as quickly as possible, safety and public trust remain high priorities. The German government and others in Europe have made it clear that they would not rollout the vaccine until they were sure about its safety.

German lawmaker, Dr. Andrew UIllmann told DW there had to be a discussion on how any vaccine would be distributed.

“We cannot say America first or Europe first,” he said. “Because we have a global responsibility in the global health arena.”

Countries around the world are clamoring to get sign contracts for millions of doses. Germany’s Spahn said on Monday the vaccine isn’t likely to come onto the market in 2020, but can be expected in the first three months of 2021. The British government, on the other hand, asked its National Health Service on Tuesday to prepare to deploy it from the start of December.