Couple weds after 41 years of dating 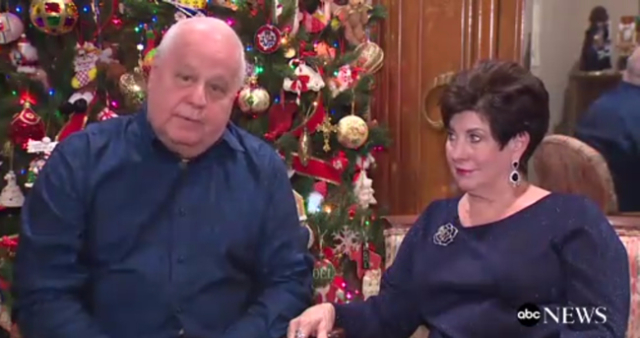 A Texas couple that waited 41 years before marrying says they "saved the best for last."

Bill and Linda Bownds met while Bill was a PE teacher at Linda's daughters' school. Linda was recently divorced. They were 30 and 31 at the time.

The couple, now in their 70s, don't have a specific reason for why they waited so long to wed, Linda told ABC News, though she noted that their life circumstances had recently changed.

In the 1970s when they met, she said, they were living more than an hour from each other. Then, Bill started a company and was very busy, and the couple could only see each other on weekends. Marriage wasn't at the top of Bill and Linda's minds for many decades, she said.

But it was at the top of one person's mind. "Bill's mom always said to him, 'Oh Bill, why aren’t you and Linda getting married?' and talked to him about it all the time," Linda said.

Both Linda and Bill recently retired and had more time to spend together. That's when the subject of marriage came up.

"I looked into it and it turned out we could get married at the Montgomery County courthouse for $31. It's less than a mile from my house," Linda said.

"I told Bill and he said, 'That's pretty cheap.' He didn't know he also had to buy the rings, though."

Despite decades of dating, the couple never lived under the same roof until they wed. Bill moved into Linda's Woodlands, Texas, home after the late November wedding.

Their families, who were told post-wedding, were shocked. They threw the Bownds a celebration this past weekend with about 50 family members in attendance.

"I was ecstatic when I heard the news," Linda's daughter Tracy Moore Winters told ABC News. "I've always thought of Bill as being my dad as he's raised me as his daughter and now it's official. I'm so happy for both of them and very excited for this Christmas, as we will finally be a family."

Charla Moore Sisk, Linda's other daughter, said she is equally as thrilled. "My life timeline is marked with 'before Bill' and 'after Bill' because Bill has always made sure we were taken care of, never hungry and was always there to help if we were sick and in the hospital. He was our dad long before they married officially."