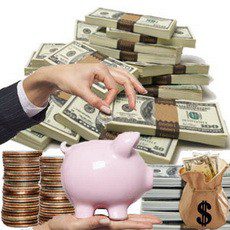 Secretary General of the Nigeria Football Federation,  Musa Amadu, has said Nigeria are yet to receive the nine million dollars prize money they earned at the last World Cup because of the leadership crisis that has bedevilled the country.

“The money is ready, but the katakata (crisis) we have had has meant we are yet to access it,” NFF general secretary Amadu disclosed in a radio interview monitored in Abuja yesterday.

“We believe that once everything is sorted, we will get the cash.” The leadership tussle began soon after the country’s exit at the hands of France in Brazil 2014.

Amadu also said they are very much aware of the $3.8 million advanced to them by the federal government to offset the appearance fee for the players at Brazil and are obliged to refund it once they get the money.

“We have a memo from the sports ministry reminding us of our obligation to the government and once we get the money, we will pay up,” he said. The Super Eagles reached the knockout stage of the World Cup in Brazil for only the second time in their history.