Cristiano Ronaldo: Are Man Utd being helped or hindered by Portugal legend? - MyJoyOnline.com

Cristiano Ronaldo: Are Man Utd being helped or hindered by Portugal legend? 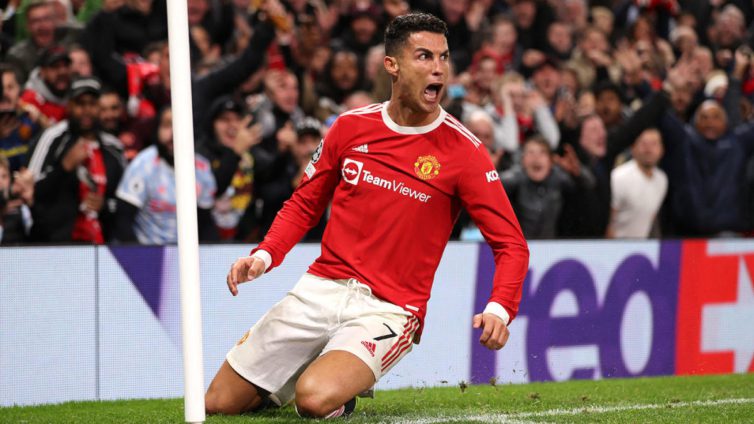 Cristiano Ronaldo’s return to Manchester United this summer caused so much excitement among fans – and he has already scored a few important goals – but is the side actually better off without him?

In one of the Premier League’s highest-profile signings, the prodigal son, now 36, returned from Juventus this summer – just days after it looked as if he was going to join rivals Manchester City.

But after netting four goals in his first three games, he has only scored two in his next six – although they have both been late Champions League winners – against Villarreal and Atalanta.

United have changed the way they play to fit the five-time Ballon d’Or winner in their side and Ole Gunnar Solskjaer is under extreme pressure, with his team looking further away from the elite than ever after a 5-0 home defeat by Liverpool.

Former team-mate Leonardo Bonucci thinks Juventus were a better team without him and former Liverpool and Scotland captain Graeme Souness does not believe he should be an automatic starter at United.

So is Ronaldo helping or hindering United?

What has he done well?

Ronaldo’s three goals in six Premier League games is a perfectly decent return – two in his first game against Newcastle and one against West Ham in his second – but, by his high standards, it is not outstanding.

That made him the third top scorer in the Premier League, where Didier Drogba won the Golden Boot with 20.

It’s early days yet – but 14 players have scored more Premier League goals than him this season, including Wolves’ Hwang Hee-chan and Watford’s Ismaila Sarr.

Instead, his main heroics have come in the Champions League – a tournament where he is the all-time top scorer with 137 goals.

His two late winners are the difference between United topping the group on six points and being bottom, three points behind the top two.

His six goals overall have taken his tally for Manchester United up to 124 while he has 450 goals for Real Madrid, a world-record 115 for Portugal, 101 for Juventus and five for Sporting Lisbon.

He plays as a number nine these days, as he has for many years now – a far cry from the tricky winger first witnessed by English fans when he arrived from Sporting.

Ronaldo has the eighth-highest number of shots in this season’s Premier League (25), with United team-mates Mason Greenwood and Bruno Fernandes above him. He is joint ninth for shots on target (nine).

“He will score goals and excite the crowd, but I don’t think he can play every game,” said Sky Sports pundit Souness.

“I would take him, but the conversation has to be ‘you won’t be starting every game but you will have a big influence over nine months’.”

What about his all-round impact?

Well, it’s not the best. His pressing statistics, in particular, are stark even if it has never been his game.

In the entire Premier League, only one outfield player – excluding those who have played fewer than 15 minutes – has fewer successful presses than Ronaldo’s 0.74 per 90 minutes this season and that is Everton defender Mason Holgate.

According to Statsbomb data on FBREF, Ronaldo ranks 384th for presses per 90 minutes and 385th for successful ones. Some 429 players, including goalkeepers, have played in this season’s Premier League.

By comparison, Edinson Cavani – who played 26 times in the Premier League for United last season as their striker – averaged 3.86 successful presses every 90 minutes.

ESPN writer Mark Ogden told BBC Radio 5 Live: “What’s changed this season is Ronaldo. They have a guy up front who doesn’t do a lot of work.

“Cavani runs everything down. He runs lost causes, he gets the crowd and his team-mates going. If Ronaldo isn’t there, United are more of a team unit.”

BBC Sport pundit Micah Richards said: “If you’re bringing in Ronaldo, what is the style of play? Where’s the balance? Of course you’ll get Ronaldo [if he’s available]. Get some people behind him who will do his work.”

Ronaldo has only won possession three times in the opposition third in the Premier League this season – and played 48 passes in his own half.

For passes in general too, he is a long way down the list – joint 208th with 169 (143 successful) with 195 players having completed more than his two dribbles.

How has he changed United’s play overall?

There are several notable differences to how United are playing this season: they are more direct; they put in more crosses; and they press less.

“He can [legitimately] argue he’s been the best footballer ever, but in terms of him making Manchester United a better team? No,” said Souness after the Liverpool defeat.

Ronaldo won Serie A in his first two seasons with Juventus but last year they only just finished in the top four, ending their nine-year reign as champions.

Juve defender Bonucci said: “Last year the team played for him. Now the group must rediscover that Juve spirit that was there before his arrival.”

“Wherever Ronaldo goes he is the main focus, but if you watched Juventus before he went there, they performed as a team and as an XI.”

United are seventh in the Premier League with 14 points after nine games, eight off leaders Chelsea.

Last season they were on 16 points at this stage – but ninth because most of the other teams had played an extra game.

But they were meant to be better this season after signing France defender Raphael Varane from Real Madrid, England winger Jadon Sancho from Borussia Dortmund and Ronaldo.

The Red Devils have had the same start in the Champions League as last time – sitting top of their group on six points from three games.

There are notable differences to how they are playing this season and how Ronaldo has changed their game.

United are putting in many more crosses this season than last – with Ronaldo famously good in the air.

They have moved up from 17th last season to seventh this campaign in terms of crosses from open play. The average per game was 11.2 in 2020-21 and that has now risen to 14.2.

Despite that, Ronaldo is yet to have a headed effort in the Premier League this season – although his Champions League winner against Atalanta was with his head.

United are worse this season at pressed sequences – a measure of how quickly they press from the front. They were second best of the 20 teams last season but are seventh this time.

They have dropped from eighth to 12th on opposition passes allowed per defensive action – which means they have got worse at the speed with which they interrupt opponents’ passing moves.

And in a significant change, United are attacking quicker this season than last.

They top the Premier League rankings for the amount of distance a team move forward in a move – and have moved up from seventh to second in how far forward a team starts a move in open play.

Solskjaer’s side have also improved on direct attacks and direct speed.

Former England striker Karen Carney does not think their style of play has changed too much though.

“They have tried to change the way they play [in recent times] – that’s not just on Ronaldo. United have a good away record because of their low block and counter-attack,” she said.

Souness added: “They have a problem because they can’t play the way Ole wants to play. They can’t be the high pressing team that the very best teams are, because if one person doesn’t commit to the press, people can get out.

“He won’t give you that so they will have to be a different brand of football – that Ole doesn’t really want to play.”

United have covered more ground than their opponents in only one of the six games Ronaldo has played in the Premier League since he returned – but that was also true for two of the three matches before he started.

There is little doubt Ronaldo has changed Manchester United this season and, as under-pressure Solskjaer ponders how he can turn their form around, the Norwegian might be analysing these statistics and wondering whether the returning icon has made his side better or worse.