Customers of defunct financial institutions to receive payments through CBG 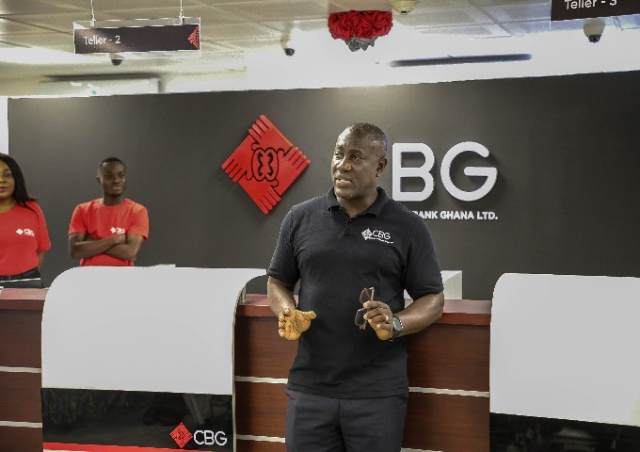 Customers of defunct Savings and Loans, as well as microfinance companies, are to receive their payment through the Consolidated Bank Ghana (CBG).

The Bank in a communique to staff Monday outlined modalities for payment to customers effective today, February 24.

“Based on data to be submitted to CBG by the Receiver, CBG will open new accounts for all depositors whose (claims) have been validated and accepted by the Receiver for payment.

“CBG will open two sets of accounts, one operational account and another investment account to hold the bonds if the customer’s fund exceeds the cash payment threshold,” the communique said.

There will also be an SMS sent from the Receiver, Eric Nipa, to the depositors due for payment, setting out the account number and cash amount due to depositors.

According to the bank, depositors who want to at any time access their funds after should bring along either a drivers’ license, voter’s identification card or a passport to confirm their identity.

For corporate and SMS customers, the statement added that they “will receive a default savings account that will be opened and communicated to them by the Receiver.

“They will go through the normal KYC to open their current accounts where funds in the savings account will be transferred into.”

Mr Ofori-Atta hinted on Newsfile that customers of the various defunct financial institutions will be paid their deposits in full, by the end of 2020.

During his recent maiden town hall meeting in Kumasi, Dr Bawumia assured depositors whose funds have been locked up in regulated but defunct financial institutions of full restitution of their funds.