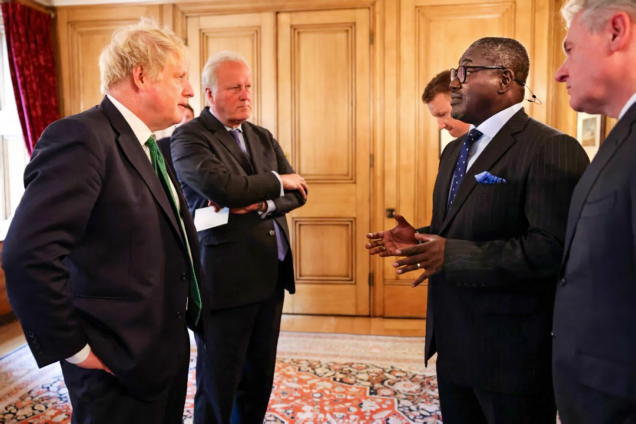 This is ahead of the Commonwealth Business Forum (CBF 2022) scheduled for Rwanda later this month.

The meeting was organised by the Commonwealth Enterprise and Investment Council (CWEIC) to launch CBF 2022.

Mr Addo, a member of the Global Advisory Council of CWEIC, indicated that it was critical for CWEIC to meet and align with the Prime Minister on the expected outcomes from the forum.

As part of a one-on-one brief with the Prime Minister, Mr Addo spoke about the relevance of the Commonwealth and the opportunity available for its members to leverage its global presence to facilitate and foster trade and investments.

He also spoke about the AFCTA, its potential to accelerate Intra-African trade, and CBG’s strategic focus on facilitating trade in West Africa.

The CWEIC meetings are highly patronised by the 54 countries that make up the Commonwealth including the United Kingdom.

The 2018 edition was a three-day event with more than 40 individual sessions in three iconic London locations.