A powerful cyclone has “entirely wiped out” villages in Mozambique, according to a UN official.

Gemma Connell, the head of the regional Office for the Co-ordination of Humanitarian Affairs (OCHA), said it looked from the air like areas had been “run over by a bulldozer”.

Cyclone Kenneth struck on Thursday with winds of 220km/h (140mph).

It came barely a month after Cyclone Idai killed more than 900 people across three countries.

In a video posted on Twitter after flying over the affected area, Ms Connell pledged to work with local authorities “to get people the supplies they need”.

“The weather is still bad, it is still raining,” she said. “But thankfully the winds have died down.” 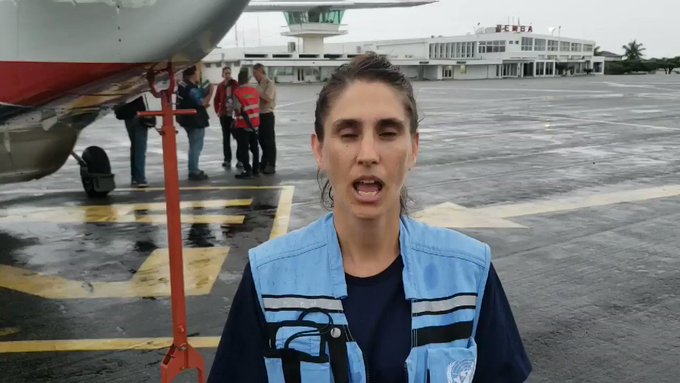 The BBC’s Pumza Fihlani reports that damage to power lines in parts of northern Mozambique is making communication difficult.

Almost 20,000 people have taken shelter in makeshift displacement centres, including schools and churches, our correspondent adds.

A UN spokesman said a total of five people have now died, quoting Mozambique’s government, according to reports.

One person was earlier reported to have been killed when Cyclone Kenneth struck after being crushed by a falling tree. The storm also killed three people on the island nation of Comoros.

Is this unusual for the region?

UN weather experts say it is unprecedented for two cyclones of such intensity to hit Mozambique in the same season.

The World Meteorological Organisation (WMO) also said that no previous records show a cyclone striking the region as far north as Kenneth.

It said a fact-finding mission would examine the “impact of climate change and sea-level rise on Mozambique’s resilience” to extreme weather. 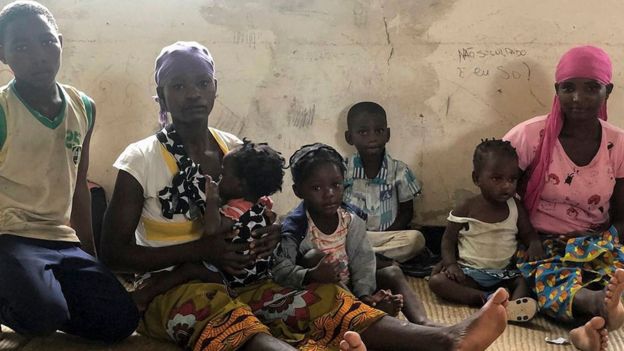 Image captionFamilies have been left displaced by the cyclones

Amnesty International’s secretary general Kumi Naidoo said the two storms were “exactly what climate scientists warned would happen if we continue to warm our planet beyond its limits”.

“There is one inescapable and burning injustice we cannot stress enough,” he said, adding: “The people of Mozambique are paying the price for dangerous climate change when they have done next to nothing to cause this crisis.”

What was Kenneth’s impact?

Kenneth made landfall on the northern province of Cabo Delgado on Thursday evening, with wind speeds equivalent to a category four hurricane.

Winds eased on Friday, but France’s meteorological agency said up to 800mm of rain was expected to land on Mozambique over the coming days – nearly double the 10-day accumulated rainfall that flooded the port city of Beira during Cyclone Idai.

The UN’s World Food Programme said it was working on an “emergency preparedness plan” with the Mozambican government and other humanitarian groups.

“The most difficult thing is transportation – we don’t have helicopters yet,” Capt Kleber Castro from a Brazilian rescue team said. “We need a lot of support.”

Cabo Delgado province is not as densely populated as the area hit by Cyclone Idai, and there is apparently more high ground there.

But reports said many thousands of homes had been flattened by the winds, and the area has been hit by militant Islamist violence in recent months, which could complicate humanitarian operations.

Thousands of people had already fled their homes to seek shelter from violence in camps for displaced people.

What about other countries in the region?

Comoros is still reeling from damage caused by the cyclone, and in some southern areas of neighbouring Tanzania, authorities have ordered schools and businesses to close. 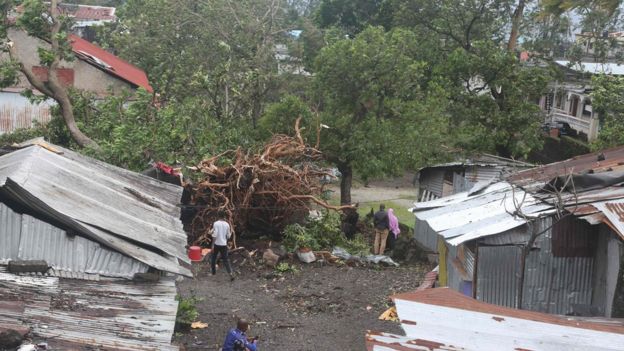 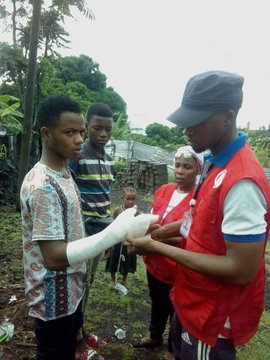 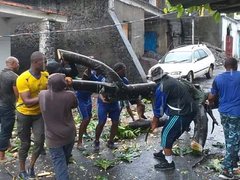 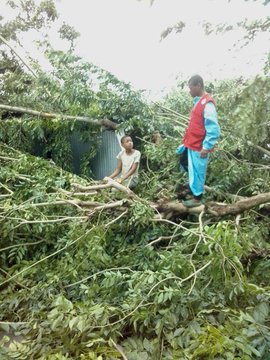 Despite Zimbabwe being further inland, officials there said they were also putting their disaster management agencies on alert.