Dancing with the Lions: African advertising at Cannes 2015 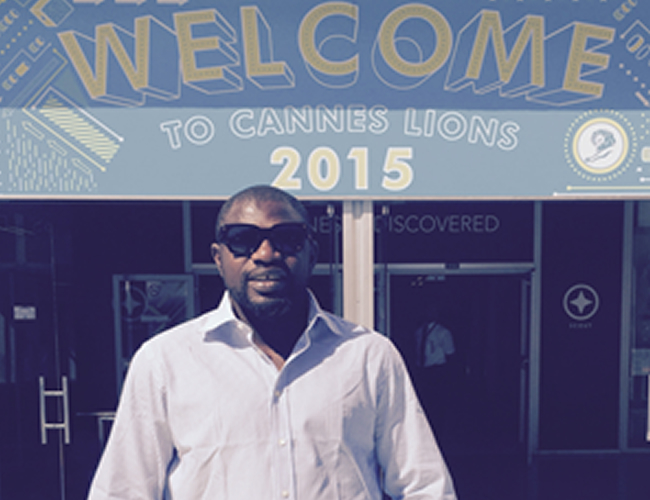 Last week on the French Riviera, thousands of advertising executives from all over the world gathered at Cannes as they have done for many years to discuss advertising trends and to pat each other’s back for amazing work done.

Whilst there was some African presence at the event mainly by the south and North Africans, it was clear that this is not an event that Africa plays at a center stage. Luckily Africa won small awards mainly by the South African contingent.

Amidst a lot of French rosé, flamboyant yachts, countless parties in a small town besieged by over 13,000 delegates from across the world (rocked by a taxi strike — all because of the threat they face from innovation Uber), there were some good lessons for Africa.

Clearly there is some really creative stuff happening out there. Today big data, artificial intelligence and virtual reality define the future of advertising. Some argue that tech is killing creativity, but Laura Mungeam, head of Design at Quantcast says “tech is helping to drive creativity, in the right place and at the right time”.

Already some are discounting that social media, as we know it is dead before it took off.  According to Cheil’s worldwide digital officer Peter Kim, in the future social media will only be used for Customer Relationship Management (CRM), and that the web will now be more based on artificial intelligence where people receive exactly the information that they want to see and hear.

So after all the talk and sure there was much, I asked what is the future of African advertising?

Advertising is going fully mobile and digital; Africa with its more than 900million phone users surely presents interesting prospects for advertisers. Sponsored data movements like internet.org or Data Mi in the United States present innovative opportunities for brands to deliver interesting content to consumers at no extra charge.

There are now 120 million Africans who visit Facebook each month, more than half of that number through their mobile phones. Already Facebook is offering solutions for African users who don’t have strong wireless connections.  A recent case study, which our agency for example did with Nescafé in West and Central Africa, showed how young people through their mobile phones could be engaged on Facebook when presented with the right content.

According to Price Waterhouse Coopers (PWC) the expenditure on mobile advertising will grow at a compounded rate of 23% between 2015 to 2019.  It will overtake display Internet advertising as the leading digital category ads globally.

Herein lies the opportunity for African advertising; already Africa is using mobile in very many interesting ways ahead of the developed world, if African advertisers understand and appreciate this opportunity then truly we will begin to start dancing with the lions.

Independent African Advertising agencies have to embrace the idea that today advertising is changing, it’s not only the copywriters and art directors that matter in the industry, more and more techies are dominating the creative flow of agencies around the world. From business analysts, to programmers to mathematicians, the brainstorming and ideation process is now as creative, as it is technological. For example the advent of programmatic buying of online media in real time is changing the role of media planners in the industry.

There is age old African proverb which says “Every morning in Africa, a gazelle wakes up, it knows it must outrun the fastest lion or it will be killed. Every morning in Africa, a lion wakes up. It knows it must run faster than the slowest gazelle, or it will starve. It doesn't matter whether you're the lion or a gazelle-when the sun comes up, you'd better be running.”

So for African advertisers to dance with the lions in the coming years at Cannes, we must know that we have to outrun the fastest lion or be killed.