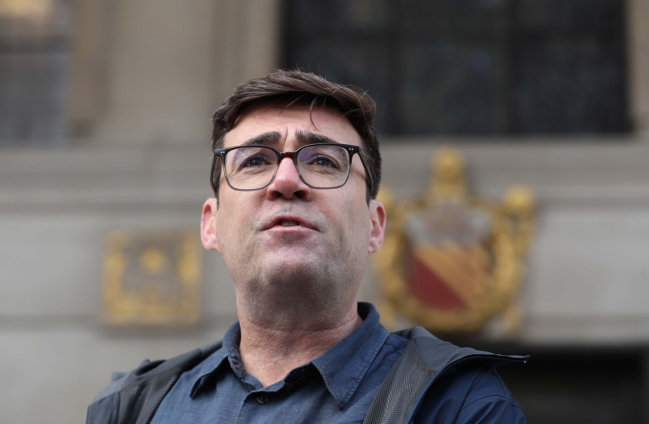 The British government has set a noon (7 a.m. ET) deadline to reach an agreement with Manchester today on enacting anti-epidemic measures.

Manchester authorities, including Greater Manchester Mayor Andy Burham, have been at odds with Prime Minister Boris Johnson’s government about how to handle the recent spike in cases — and whether to move the city from the UK’s second tier of restrictions to its most severe third tier.

“The deteriorating public health situation in Greater Manchester means that we need to take action urgently,” Housing Secretary Robert Jenrick said in a statement on Monday.

Burnham has resisted the government’s efforts to increase the severity of his city’s measures, urging for more financial measures to protect workers placed under stricter rules.

However, Johnson’s government has called on Manchester authorities to enact lockdown-like measures in order to stop the virus from spreading. The Prime Minister said he would intervene if regional leaders could not reach a deal with the national government.

“There are now more COVID-19 patients in Greater Manchester Hospitals than in the whole of the South West and South East combined. But, unfortunately, despite recognizing the gravity of the situation, local leaders have been so far unwilling to take the action that is required to get this situation under control,” Jenrick said in the statement.

“I have written to local leaders this evening to make clear that if we cannot reach agreement by midday tomorrow (Tuesday) then I must advise the Prime Minister that despite our best endeavors we’ve been unable to reach agreement.”