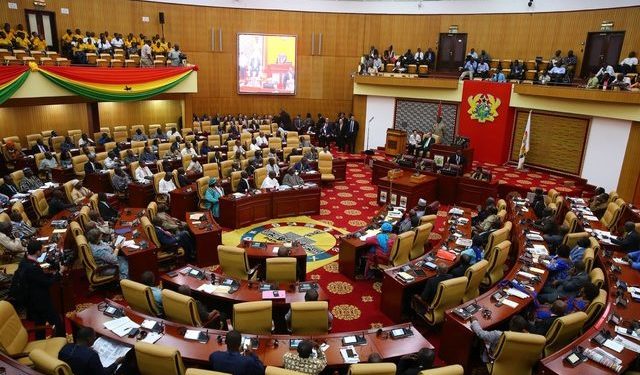 The 2017 Auditor General’s report has uncovered that institutions including the Parliament owe the Graphic Communications Group Limited millions of Ghana cedis for newspapers it procured.

Apart from the legislative arm of government, other state agencies and the various MMDAs also owe the company.

Dr Clement Apaak, a member of Parliament’s Public Accounts Committee (PAC), is quizzing why an institution like Parliament owes the company despite the budget allocation for reading materials.

Responding to the audit queries, the Managing Director of the Graphic Communications Group Limited (GCGL), Benjamin Ato Afful said several attempts to recover such debts have not yielded any results.

He, however, did not disclose the exact amount owed by Parliament and other assemblies.

Mr. Afful said Parliament in May 2020 paid part of its arrears following an appealed to the Speaker of Parliament at an event, adding that the company has two recovery agencies in place to recover money from recalcitrant clients.

He told the Committee that his office has approached the Information Minister and their regulator to assist them recover the debts.

“We consider the state and the state apparatus as critical partners to our information dissemination agenda and therefore we will continue to support them but we will also use this channel and this media to plead that this national asset would only survive when we support it to do so.

“So we would entreat yourself included to honour your payments that are due to us and we will continue to supply you accordingly” the Managing Director of the Graphic Communications Group Limited stressed.

Apart from the arrears, the 2017 Auditor General’s reported that ¢7,312,674 worth of various newspapers produced were not sold.

The Auditor-General, however, recommended that management should ensure the circulation of the Company’s products is improved.

It also said, the “Graphic App” should be well marketed to the customers to reduce the hard copies printed and circulated.

Management of Graphic Communication responded that the corporate target is 20% which is consistent with industrial benchmarks.

Management further indicated that they have introduced some promotional strategies to drive sales which include door-to-door sales, shop sales, vendor promotions, content marketing, and tie in sales with some events