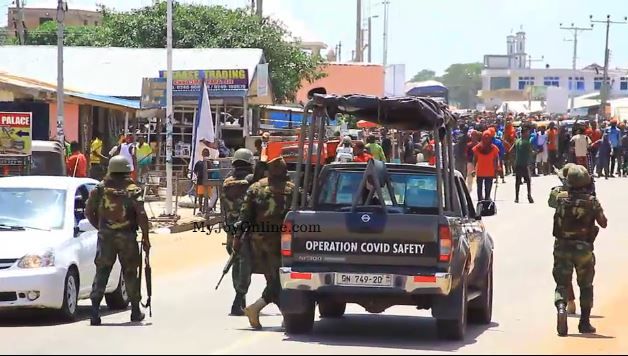 Vice President of IMANI Africa, Kofi Bentil, has expressed dissatisfaction about the delay in releasing the report put together by the Committee of Inquiry into the shootings in Ejura.

The private legal practitioner said the magnitude of the situation makes it difficult to imagine the government’s challenge in making the document public.

“A delay like this goes to suggest that they were looking for a story to fit some preset narrative that they had. And objectively disposing of this matter can help to remove some of these doubts that people had about the work of the committee,” he told Winston Amoah on Joy FM’s Super Morning Show on Wednesday.

The murder of social activist, Ibrahim ‘Kaaka’ Mohammed, sparked widespread agitations and protests, leading to the killing of two more people during a confrontation with a joint police and military team amid the firing of gunshots on June 29.

After weeks of hearing accounts from witnesses, the three-member committee led by Justice George Kingsley Koomson presented its report to the Interior Minister on July 27.

In his speech, the Interior Minister, Ambrose Dery, said the findings will be made public “at the appropriate time.”

Nearly a month after the Committee’s submission of the report, not much has been heard about the state of the report or the way forward.

On Tuesday, the family of Kaaka, during a visit to the National Chief Imam, Sheikh Osman Nuhu Sharubutu, expressed worry.

“It is no surprise to us that many months on, the report of the Committee was not made public and continues to be held closely in the chest of those that unleashed them on us,” they told the revered man of God.

Private legal practitioner, Kofi Bentil, is also wondering what else could be so important to have engaged the government’s attention to the extent that the report seems to have been shelved.

“Facts are not things that you are going to have to massage or whatever. It is the conclusion you arrive at and the kind of decision you make about things you want to change [reforms]. So leaving those facts sitting down, we don’t know what will change about it.

“If it is you not making your decision or your inability to conclude on what reforms that you necessarily have to do, then we also wonder why,” he said on Wednesday.

Speaking on Joy FM, he stressed that the situation creates room for suspicion that the government may not be pleased with the content of the findings.

“If it’s delaying, someone can conclude that there must be something about this whole thing that the government does not want to put out,” he added.

He urged that efforts are accelerated towards getting closure on what happened in Ejura, adding that “whatever it is, for the sake of the country let it out, learn our lessons and move on.”

The security analyst indicated that the non-disclosure of the content of the report, “sends an unfortunate signal that the violence in Ejura does not matter.”

DISCLAIMER: The Views, Comments, Opinions, Contributions and Statements made by Readers and Contributors on this platform do not necessarily represent the views or policy of Multimedia Group Limited.
Tags:
Committee of Inquiry
Delay
Ejura Murder
Kofi Bentil
Report