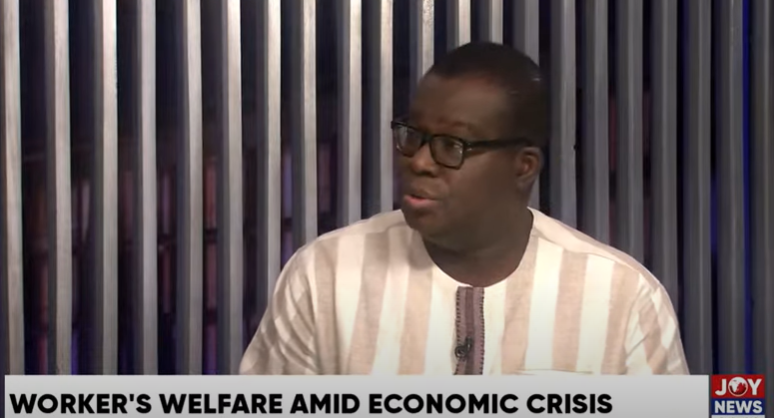 The President of the National Association of Graduate Teachers (NAGRAT), Angel Carbonu, says the group’s demand for Cost-of-Living-Allowances (COLA) has got nothing to do with the impending International Monetary Fund (IMF) bailout.

According to him, calls for COLA had begun as early as February from public sector workers and particularly on Labour Day, May 1, in a speech delivered by the Trade Union Congress’ (TUC) General Secretary.

The call was reiterated to President Akufo-Addo, he said.

“The TUC Secretary General in the May Day speech representing organized labour made that call before the President of the Republic to use his executive powers to grant COLA to public sector workers. So to link our call to IMF is very wrong because until just about a few days ago, the government was still on high horse indicating its decision never to go to the IMF,” he said.

NAGRAT as well as other public sector workers; are demanding that government pay them their COLA.

According to them, taking into consideration the harsh economic situation in the country, the high levels of inflation and the weakening of the cedi, their salaries have significantly been eroded thus the need for COLA to augment their living expenses.

Already NAGRAT has commenced its nationwide strike action, and other public sector workers have indicated they would follow suit should their demands fall on deaf ears.

“Of course, some of us do not like the IMF, we don’t see the IMF as the solution, but what we’re doing is reflecting the current economic situation and how it afflicts us, IMF or no IMF,” Angel Carbonu stated.