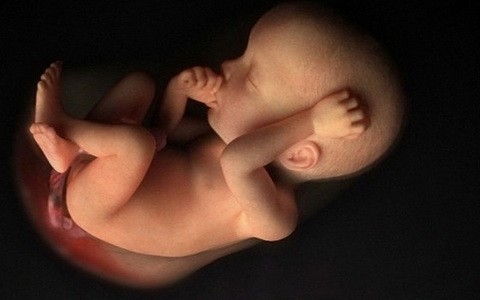 Surgeons in Los Angeles have for the first time a performed a life-saving procedure on a tiny foetus inside its mother's womb after practising on a grape.

Using a hair-fine wire, a miniature needle, a tiny balloon and a catheter they successfully carried out the operation on the unborn child's heart – which is about the size of a walnut.

It was a medical first for the surgical team at CHA Hollywood Presbyterian Medical Center, in Los Angeles, and according to the LA Times, it appears to have been a success.

The foetus's heart was developing with one valve too narrow, a condition known as severe aortic stenosis. This meant the amount of blood coming into the heart was being severely restricted and it was backing up in the left ventricle.

Without the surgery, the child would likely have be born with hypoplastic left heart syndrome (HLHS) – a life-threatening condition.

Quoted in the LA news service, Dr Ramen Chmait, assistant professor at Keck School of Medicine of USC and director of LA Fetal Therapy, said: 'There is no question in my mind that without this procedure the baby would have had HLHS.

'Now the baby has a chance to have the left ventricle recover with some good function.'

Practising for such a critical and exacting procedure, remarkably, involved using a jelly mould to replicate the mother's body, and a single grape representing the foetus's heart.

A team of specialists carried out the nerve-wracking operation on September 25. The mother was given a local anaesthetic and the foetus was also given amnesia and a muscle relaxant so it would not move in the mother's womb during the operation, the LA Times said.

Video of the procedure shows the tiny needle being slowly inserted into the beating heart up until the exact point of the narrow aortic valve. This part of the procedure was performed by Dr Chmait.

Next, paediatric interventional cardiologist Dr Frank Ing, of CHLA, threaded a micro-wire, the same width as a hair, through a tiny hole running inside the length of the needle.

A tiny aortic balloon attched to a catheter was passed down along the wire and inflated to a width of 3.25mm, the LA Times said, stretching and even tearing the narrow aortic valve.

The balloon, wire and needle were then all removed, leaving the catheter in place. The surgeons said immediately after the insertion of the catheter, more blood was flowing into the foetus's heart.

The procedure was a first for Southern California.