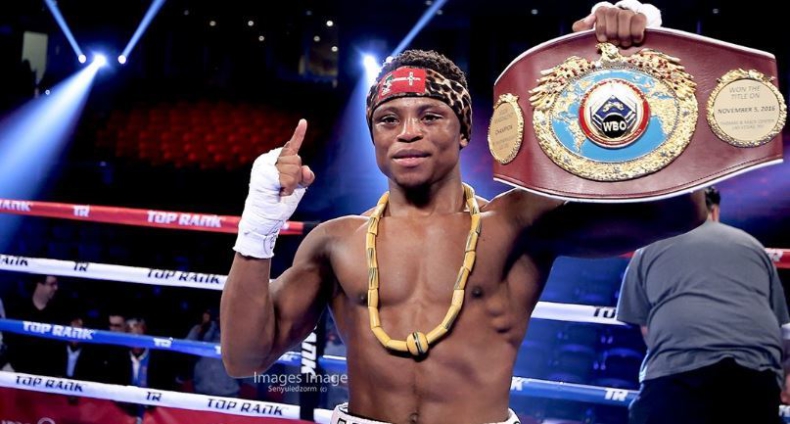 Isaac ‘Royal Storm’ Dogboe’s return to the ring receives a critical test when he clashes with Adam ‘Bluenose’ Lopez in Las Vegas on June 19.

For Dogboe, it will be another chapter in the calculated journey to regaining world championship status while for Lopez, it will be a stage to prove that he is worthy of winning his first world title.

So this tale of two opposite worlds with similar ambition will be settled on June 19 at the Las Vegas Virgins Hotel.

Dogboe is coming off a successful ring return against Chris Alvalos in July last year which also saw an improved more defensive and sharper attacking output.

Lopez has also suffered two losses in 17 fights. The difference here is that world champion caliber boxers were responsible for them – Oscar Valdez who held the IBO and WBO super bantamweight titles and current WBO super bantamweight. Winning against Dogboe will definitely be a boost. His mobility in the ring and the deployment of his sharp left jab in his attack is something every opponent must be wary of.

Dogboe’s public appeal back in his homeland Ghana has transcended its borders and drawn him some good following. At the weigh-in for his last two fights in Arizona, for instance, the then Mayor of Tucson Jonathan Rothschild, was in attendance to give him support and learn how to chant his accolade ‘neho’ properly. Back in his homeland his following ranges from presidents, through industrialists, religious leaders to ordinary people.

“One thing I have come to learn is that when you have the massive support of the masses, it increases your chances of success, hence my constant repetition of the phrase, the voice of the people is the voice of God”

The 2012 Olympian has so far had a good camp under trainer Barry Hunter who has been a good compliment to his team so far.

“I am enjoying the company of my coaches and teammates. Surrendering all to the Lord whilst I do my best to prepare physically and mentally; knowing that there are endless possibilities of greatness waiting for me. And having the notion that I’m going to have fun, entertain and most importantly win on June 19th,” he said.

On his opponent Dogboe gives the standard respect while also noting that he is the bigger deal.

“He’s a good boxer but he hasn’t fought anybody like me. So it doesn’t matter,” he told Joy Sports in an interview.

The Ghanaian boxer’s ambition upon his return to the ring after his only two losses has always been clear. He is hungry for a second time success story to make him a two time world champion.

“It is of great importance as a win on the night opens greater possibilities for me to become a two-time world champion, continuing my campaign to becoming a pound-for-pound king, a pay-per-view star and the people’s champion,” he said.

Dogboe, nicknamed the Royal Storm, has 21 wins, and two losses and has had one stint with the WBO super bantamweight title.