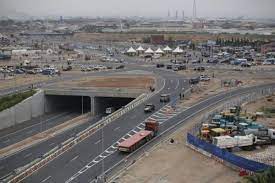 Road Construction Engineer, Ing. Abdulai Mahama has pleaded with the Minority caucus not to drag the approval of the Accra-Tema Motorway project when it is brought to Parliament.

Sharing his sentiments on Joy FM’s Super Morning Show Friday, he said, “We have already delayed because of funds. It’s only proper that we have to be transparent enough. Because when you move it to Parliament and the Minority decide to drag their feet, you are elongating the problem,” he said.

His comments come after Government Spokesperson on Infrastructure, Kojo Frempong disclosed on the same show yesterday, that reconstruction of the Accra-Tema Motorway would commence in three months.

Kojo Frempong also revealed that the Ministry of Roads and Highways signed the Engineering Procurement Contract in 2020, in order for works to begin in December.

“We are now arranging the funds that will come with it so that we can send it to Parliament for approval before it starts. As we speak, we expect that by December, 2021, we should be on-site, beginning the motorway,” Mr Frempong told hosts of the Super Morning Show Thursday.

Although Mr Frempong assured citizens that work would begin in December, Mr Mahama said that government should be transparent about the challenges with Ghanaians.

“My advice to the PRO. At this time, you tell us some of the information is not for public consumption. How do you want us to move along on the same length?”

“We have endured a lot. Be fast. Be transparent. Be open and get everybody to move along with you than to have another bottleneck along the way,” he lamented.

Highlighting some bottlenecks the government has to resolve on the motorway, Mr. Mahama said that squatters and buildings should not be put up on the shoulders of the road.

“The motorway has lived its lifespan over 10, 15 years ago. I would blame the Assemblies along the corridor who are not, they are either incapable of actually ensuring that development is not so close to the right of way or they are overlooking it because of their pocket gain”.

DISCLAIMER: The Views, Comments, Opinions, Contributions and Statements made by Readers and Contributors on this platform do not necessarily represent the views or policy of Multimedia Group Limited.
Tags:
Accra-Tema motorway