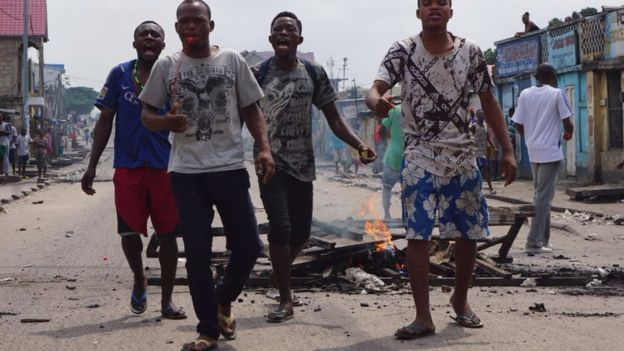 More than 20 people have been killed in clashes between protesters and security forces in the Democratic Republic of Congo's capital, Kinshasa, over President Joseph Kabila's failure to give up power, a UN official has said.

Some of the dead were shot at close range by troops, witnesses said.

Mr Kabila's 15-year rule was due to have ended on Monday at midnight but has been extended to 2018.

Mr Kabila's main rival said the refusal to give up power amounted to a coup.

The electoral commission cancelled elections that were scheduled for last month, citing logistical and financial difficulties in organising them.

Mr Kabila has now formed a 74-member transitional government to lead the vast central African state until elections are held in 2018.

There were "solid" reports that 20 civilians had been killed in clashes in Kinshasa, said Jose Maria Aranaz, the UN human rights director for DR Congo.

"On the issue of deaths, it looks bad," he was quoted by Reuters news agency as saying. 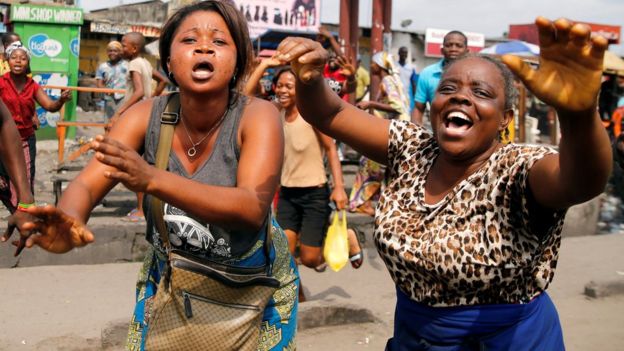 Gunfire was also heard in the second city, Lubumbashi, but it was unclear who was behind the shooting.

"I launch a solemn appeal to the Congolese people to not recognise the… illegal and illegitimate authority of Joseph Kabila and to peacefully resist [his] coup d'etat," Mr Tshisekedi said.

His message was not available in DR Congo, where authorities have restricted access to social media networks, the AFP news agency reports.

DR Congo has not had a smooth transfer of power since independence from Belgium in 1960.

Mr Kabila took power in 2001 following the assassination of his father Laurent Kabila.

The constitution bars him from seeking a third term in office.