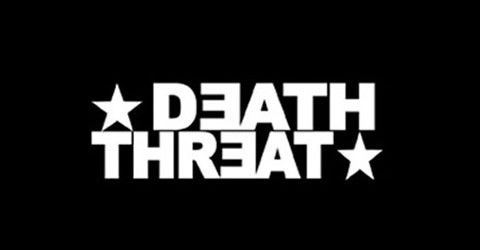 The woman, who alleged that her boss, a manager at the Driver and Vehicle Licensing Authority (DVLA) at 37 in Accra, attempted raping her is now claiming her life is in danger.

She says she received a phone call Tuesday evening from a man, who threatened her with death for making public, claims of the attempted rape on her.

The victim first filed a complaint at the Domestic Violence Victim Support Unit of the police service on Monday. She made another report to the police with the audio recording of the phone conversation between her and the man threatening to teach her a lesson on Wednesday.

The man, who claimed to be a relative of the embattled DVLA boss was heard saying he has the picture of the woman and was determined to confront her for disgracing the family.

“Continue framing up people and you would have the result of it and you will learn lessons from it,” he warned, “we are all in Ghana, when it’s rotten we will all hear it, you will see. It is more than a threat,” he warned.

“It’s not a threat, it’s real, I am saying it…I am saying that everybody will die,” he said emphatically.

The embattled DVLA boss, Noah Tetteh Mantey was not happy that he was not contacted by the media for his side of the story before going public. “[I’m] very, very sad and I am so much surprised by the behavior of the press,” he pointed out.

He told Joy News he has been asked by the head office of the DVLA not to talk about it pending an internal investigation instituted by the authority.

He also denied the claim that he is a member of the panel.

Asked if he was worried about the issue, he replied in affirmative: “Definitely, as a human being, and somebody, who has built his reputation up to this level should be worried.”

He also indicated that the family is equally worried and affected by the allegation but was confident that “my Lord will make me triumphant…even years, the truth will come out”.

Meanwhile, criminologist and human rights activist, Prof. Ken Attafuah has told Joy News the parallel investigations being conducted by DVLA and the police was proper but charged the authority to “scrupulously” investigate and ensure that they are fair to both the victim and the accused.

He asked the state security to provide the victim with security protection so that persons, who feel embarrassed or affected by the allegation do not cause harm to her.

“I think that the police have a duty at this point to provide some protection for her. She needs to be taken into some kind of witness or victim protection scheme.”

Women foundations must also find a way of ensuring her safety, he suggested.

Domestic Violence Victim Support Unit has indicated that it will write to the DVLA to invite the suspect for questioning.