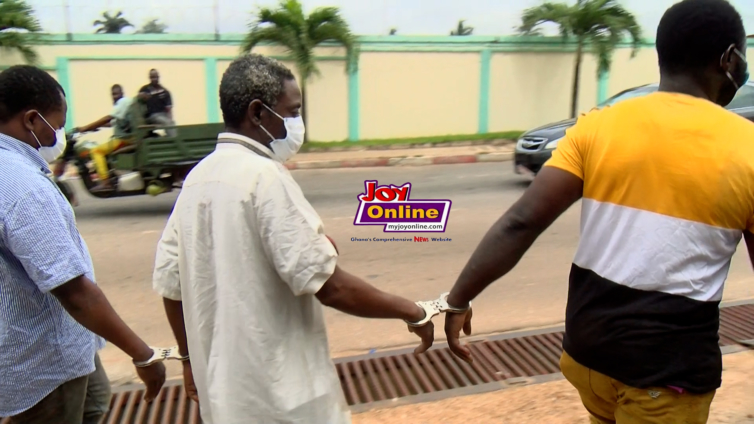 The Attorney General’s office is preparing for committal proceedings against three people standing trial in the murder of social activist, Ibrahim Mohammed, in Ejura.

The committal proceedings will prepare the grounds for full trial of the accused persons at a higher court.

A duplicate docket has been forwarded to the A-G’s office by the Police prosecution team.

Lead Prosecutor, Chief Superintendent Kofi Blagodzi told the court that the prosecution is counting on the A-G to begin committal proceedings after acknowledging receipt of the duplicate court docket.

Counsel for the third accused person, Mohammed Iddi had earlier told the court his client had taken ill and had to seek medical care at the Komfo Anokye Teaching Hospital.

Nonetheless, Setutsinam Anaglate is satisfied that his client was allowed to seek medical care.

But what exactly was wrong with Mohammed Iddi, brother of the late Ibrahim Mohammed, also known as Kaaka Macho.

Kaaka’s brother, Nafiu Mohammed explained that, “he was having a fever and was vomiting. So, actually he cannot be detained with such conditions.

Meanwhile, the family of Issakar Ibrahim, also known as Anyars, in a first-ever media interview after the arrest of their relative, have expressed trust in the Police to thoroughly investigate the case.

Anyars’ brother, Balla Issakar is hopeful that his brother will walk free when the full trial begins.

“We will not say much. We have since trusted the process. It’s been our fervent prayer that our brother would be exonerated. We have kept quiet all this while because we know they are innocent. This is the first time Anyars and Alhassan families are talking to the media. We are hopeful the court will set them free. Once Police have been investigating, we trust the system.”

DISCLAIMER: The Views, Comments, Opinions, Contributions and Statements made by Readers and Contributors on this platform do not necessarily represent the views or policy of Multimedia Group Limited.
Tags:
Ejura Murder
Ibrahim Kaaka Mohammed
NPP Polling Station Executives