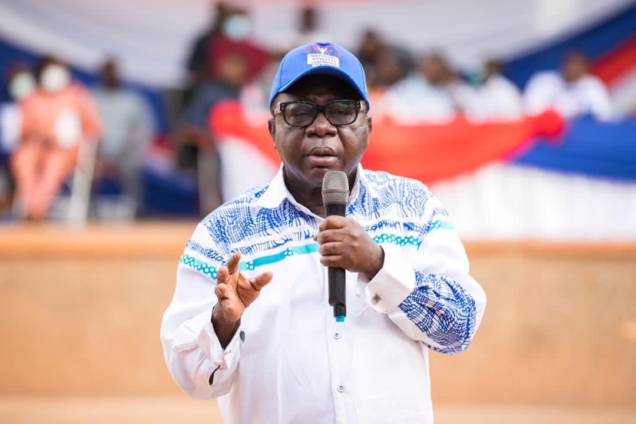 The National Chairman of the governing New Patriotic Party (NPP), Freddie Blay, says it is not surprising that misunderstandings have characterised the party’s internal poll to elect polling station executives.

He, however, expressed concern over the violence and fisticuffs that were witnessed in some electoral areas.

According to him, although some challenges were expected, he did not expect internal issues at the local level to “degenerate into fisticuffs”.

“Not at all [didn’t come to me as a surprise]. Really, I was not expecting it [challenges] that it’ll be huge, and indeed, it has not been huge. Except that only in isolated places where these things have happened.”

“When you have an election, people disagree, and I don’t expect that it will degenerate into some fisticuffs and so forth. But, if it even does, we’ll contain it. We’ll make sure that this thing will not degenerate into something else. So, I’m not surprised at all,” he said in an interview on Asaase FM.

Although the election of polling station executives comes off next month, in some parts of the country, party members have accused their executives of hoarding the forms.

This includes Kwadaso in the Ashanti region, where some NPP members locked up the constituency chairman on Saturday.

Similar agitations transpired the same day in Akuapem South Municipality of the Eastern region and Ningo-Prampram in the Greater Accra region.

Also, the distribution of nomination forms at Manhyia North constituency turned chaotic on Sunday when executives decided to sell them when they had already been paid for by Benard Antwi Bosiako, the Ashanti Regional Chairman of the party.

However, Mr Blay says measures and laid down procedures have been established to deal with the electoral issues.

Meanwhile, the NPP’s Director of Elections and Research, Evans Nimako, has directed the election committees not to deny anyone the opportunity to contest.

Speaking on JoyNews’ The Probe, he said, “I am expecting that whoever has been nominated by the region, whoever the constituency chairman is, the individual will go by our rules and regulations for the conduct of this election.”

DISCLAIMER: The Views, Comments, Opinions, Contributions and Statements made by Readers and Contributors on this platform do not necessarily represent the views or policy of Multimedia Group Limited.
Tags:
Freddie Blay
New Patriotic Party (NPP)
NPP Polling Station Executives