Ejura report: Committee has no basis for suggesting Kaaka was killed due to family feud – Spokesperson 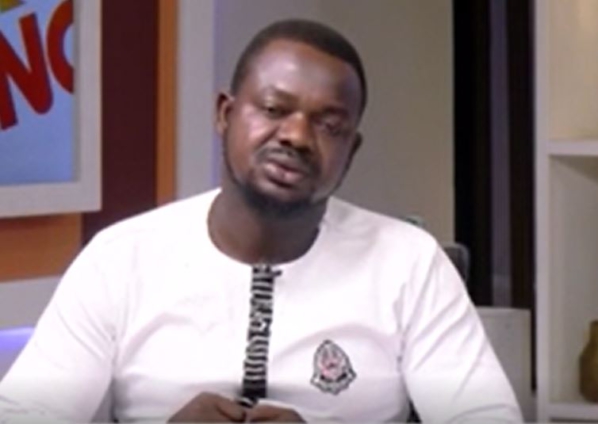 Spokesperson for the family of social activist, Ibrahim Mohammed, aka Kaaka says the bereaved family is not pleased with some conclusions drawn by the three-member committee set up to probe the Ejura protest that led to the loss of two lives, with respect to Kaaka’s death.

Nafiu Mohammed, speaking on PM Express on Tuesday, said the family is disappointed in the Justice Koomson Committee for suggesting that Kaaka’s was killed as a result of a family feud rather than his social media activism, for which he received threats as reported by the media.

While interacting with JoyNews‘ Evans Mensah, he said: “Our main concern has to do with the issue of the Committee saying Kaaka’s death was probably not because of his social media activism but a family feud.

So we as a family are disappointed by the continuous attempt to put the blame on the family to create disaffection for the family and the insistence that Kaaka was killed by his own family.”

Nafiu Mohammed insisted that the family has been unfairly treated since the committee “has no basis for such conclusions.”

But in response to his submissions, a member of the Ministerial Committee established by the Interior Minister, Vladimir Antwi-Danso stated that there is no justification for Kaaka’s family to confront the Committee.

He explained that the original mandate of the Committee was to address the issue of the Ejura protest that took place on June 29 and not Kaaka’s murder, however, due to some submissions made by witnesses, the Committee fulfilled its task, that is to find evidence, draw conclusions and make its recommendations.

He added that the family was made fully aware of the main duty of the Justice Koomson Committee.

“It was a reference point, they came and people were giving their opinion on why Kaaka was killed. So once they brought that, our work was evidence finding, conclusion and recommendation. So as they put this one as evidence, we need to record.

“Part of the family was saying this is what we saw and the other part said another. So we said, with all the evidence that we gathered it is possible to suggest that, but that doesn’t mean the family killed him. We told them verbally that our work is not the work of the CID, and the media should be the one to tell them.

Vladimir Antwi-Danso in his submissions suggested that the media is to blame for the friction that exists between the late activist’s family and the Ministerial Committee.

“The media should set an agenda to help the country resolve issues. I don’t think we should pitch the Committee against Kaaka’s family. In the first place, the Committee was not set up to go and find out who killed Kaaka,” he stated.

According to Mr Antwi-Danso, part of the Committee’s report that states, “We accordingly find that the death of Kaaka was not directly linked to his social media activism”, does not impede the Criminal Investigations Department from carrying out its responsibility in finding out the perpetrator of Kaaka’s death.

It can be recalled that during the Committee’s investigation, a resident of Ejura, Sadia Fuseini, alleged that she witnessed Baba Iddi, a brother of slain activist, Ibrahim Mohammed, drag him into the bathroom after he was assaulted on June 26.

She told the Committee that she heard a disturbing sound, one she believed was from Kaaka, who had just arrived at the house on his motorcycle.

But upon arrival at the scene, she saw the activist being dragged into the bathroom by his brother.

“I was performing ablution to offer my prayers. I heard the sound of Kaaka’s motorbike, coming towards the house. Suddenly, I heard a sound ‘paam’. I thought that it was the motorbike that had fallen. So my Lord, I stopped whatever I was doing and relaxed to observe whatever follows.

“Suddenly, I heard someone groaning. I came out to see what exactly it was. I saw Kaaka’s brother holding his hand and dragging him towards the bathroom which was lighted but suddenly, the light went off,” a translator told the Committee on her behalf.

Also, prior to the Committee’s report, Madam Sahada Humu, wife of the slain activist at Ejura, told the Committee probing the Ejura disturbances, that her late husband did not tell her about persons who wanted him dead.

Sahada Humu, revealed that the late Kaaka, rather, mentioned persons who threatened him for making the government unpopular.

“Did your husband at any point tell you the person who wanted to kill him, you said he was threatened. Did he tell you?” the Committee asked.

“Well, he didn’t specifically tell me that this person wants to kill him but he told me those who warned him to stop posting issues on Facebook else, they will harm him,” a translator told the Committee on her behalf.

DISCLAIMER: The Views, Comments, Opinions, Contributions and Statements made by Readers and Contributors on this platform do not necessarily represent the views or policy of Multimedia Group Limited.
Tags:
Ejura
Ibrahim Mohammed Kaaka
Nafiu Mohammed
Vladimir Antwi-Danso