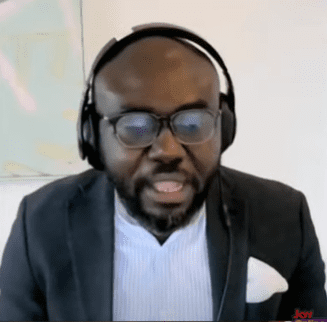 Researcher at the Faculty of Law of the University of Cambridge, Oliver Barker-Vormawor has expressed concern over the suggestion made by the Committee of Inquiry set up by the Interior Minister to probe disturbances at Ejura on June 29, that Ibrahim Mohammed, aka, Kaaka was slain due to a family feud, and not matters relating to his social activism.

According to Mr. Barker-Vormawor, it was never part of the Justice Koomson Committee’s mandate to look into the murder of the slain activist who was pronounced dead on June 28 at the Komfo Anokye Teaching Hospital.

Speaking to Samson Lardy Anyenini on Newsfile, he accused the three-member committee of failing to run checks with the Ghana Police Service on the testimony a witness they had seen in camera, gave.

“They have claimed that based on what they’ve heard, forgetting the fact that they had no mandate to look into that matter, they are saying it was based on a family feud. At this point, they are not even accusing Baba Iddi alone, which the police are doing but they are portraying the family as being in on something to kill this individual which is a matter that is very worrying to me and has to worry everybody else.

“If you look at what they relied on, it seems to me that they reached that conclusion based on the witness’ testimony they had in camera by one Aminu.

“He himself says I was not in the country for the past five years and that basis I think Iddi would have done this is because Kaaka had gone to report him to the police in 2020 and Kaaka had sought to keep him there in cells for one week.

“First of all, think of the accusations that he is making. Even though our constitution mandates that the police can arrest a person with a charge for 48 hours, they wanted to keep the individual there for a week. He goes on to say that Kaaka’s mother went and bribed the police for Iddi to be released in three days. The person even claims Iddi left the country in 2020 and went to Nigeria. Fanciful allegations.”

Therefore, stating that “the least thing the Committee could have done was to ask the Ghana Police Service was there ever a report on Iddi in 2020 for which he was arrested.

He noted that such allegations were one that could easily have been proven to be false if the committee did due diligence.

Adding that “I am at a loss as to how a Committee that has persons who should have some level of integrity and credibility, particularly when you have a charge, as to the fair trial of individuals who are before a police inquiry will make such statement. It continues to baffle me as to why they decided to go to this matter. I do not understand it.”

According to Mr Barker-Vormawor, Baba Iddi who is in custody for the alleged murder of his brother, Kaaka, has not travelled outside the country for the past five years.

“How does it relate to the police investigation into his murder and how would it even affect particularly, the fair trial right of persons who have been remanded into custody so far,” he further quizzed.

His comments come after the Justice Koomson Committee in its 55-page report stated that “We accordingly find that the death of Kaaka was not directly linked to his social media activism”.

Pressing on some limitations of the Committee’s report, Mr Barker-Vormawor noted that during the 12-day investigation, the Committee managed to paint the media red in the eyes of the general public but failed to make amends and restore the credibility of the media.

“One of the things that frustrated a lot of the people was the often unguarded and ill-advised comments by the panel. Members of the Committee created the context where the media was vilified for reporting on the Ejura killings and they set a credible media figure for ridicule and character assassination.

“Through that process, we demoralized the media and their work and confirmed for many that no matter how much you put yourself in harm’s way to report the truth, tomorrow you will be the one vilified.”

For him, this is of concern as the report in its current state is made of media reports by Multimedia Group and others.

“I think it is a shame that members of the Committee did not have the humility in their report to reaffirm the role of credible media in our governance. Particularly when you see a report that tells you that the Committee was so impoverished in its fact-finding capacity that the report in its entirety almost lies on the work of the media footages by Multimedia and Co.”

He also held the view that a significant part of the Ejura report solely lies on the testimony of witnesses who appeared before the committee.

DISCLAIMER: The Views, Comments, Opinions, Contributions and Statements made by Readers and Contributors on this platform do not necessarily represent the views or policy of Multimedia Group Limited.
Tags:
Barker-Vormawor
Ejura report
Ibrahim Mohammed Kaaka
Justice Koomson Committee