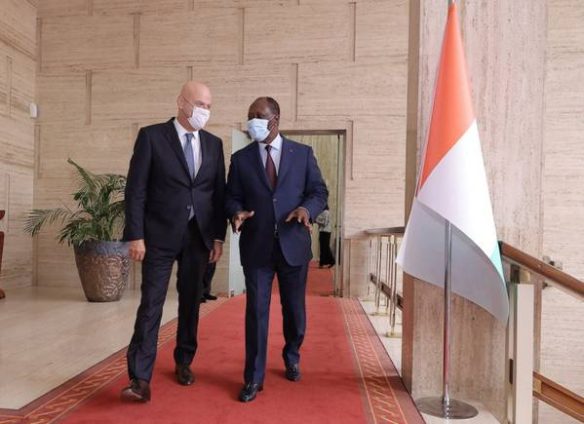 As previously reported, Eni in September announced the major oil discovery in block CI-101, in what was the company’s first exploration well drilled in the country. The Baleine-1x well was drilled using the Saipem 10,000 drillship.

According to Eni, President Ouattara highlighted his strong political will to support investments and a fast time-to-market through an effective collaboration from his Government. The discovery, which took place 20 years after the last commercial discovery in the area, opens up a new exploration concept in a mature basin, Eni said.

“Baleine’s potential is estimated in excess of 2 billion barrels of oil in place and about 2.4 trillion cubic feet (TCF) of associated gas. Its significant gas volumes will contribute to power generation in Ivory Coast, strengthening the country’s role as a regional energy hub,” Eni said.

Eni also said that President Ouattara and Descalzi had discussed on how to deliver a net-zero carbon development project, complementing oil and gas with renewables and other decarbonization initiatives such as UN REDD+ programs for the protection of primary forests and biodiversity.

Also, the duo discussed ways to boost local content development of local content, facilitating the participation of local people and businesses in Eni’s industrial activities, through transfer of skills and knowledge and the reinforcement of communities’ skills assets.

DISCLAIMER: The Views, Comments, Opinions, Contributions and Statements made by Readers and Contributors on this platform do not necessarily represent the views or policy of Multimedia Group Limited.
Tags:
Alassane Ouattara
Baleine 1-X
Eni CEO
Ivory Coast
Ivory Coast President