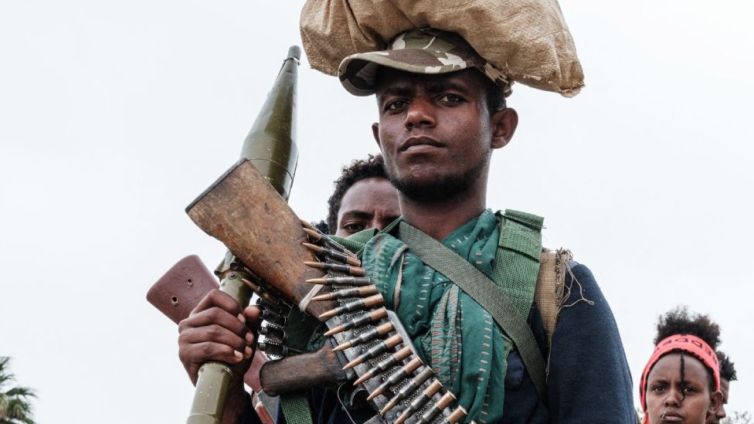 The Ethiopian military claims it has killed more than 5,600 members of the Tigray rebel forces it is fighting in the north of the country.

A bloody conflict has been raging since November, but the statement from senior general Bacha Debele gave no timescale for the casualties. Correspondents say they may be from recent battles.

Millions of civilians face starvation due the conflict, the UN says.

Lt Gen Debele accused the rebel Tigray People’s Liberation Front (TPLF) of trying to break up Ethiopia, as the group made incursions into the neighbouring Amhara and Afar regions.

One TPLF division had tried to gain control of Humera on the border between Tigray and Amhara, he said, but had been “completely decimated”.

There has been no response to the claims from the TPLF.

The war began last year after months of feuding between Prime Minister Abiy Ahmed’s government and leaders of the TPLF, the main political party in the Tigray region.

The president sent troops to Tigray to overthrow the regional government after accusing the TPLF of being behind several attacks on military camps.

Thousands of people are thought to have been killed and millions have been forced from their homes, with some fleeing into Sudan.

Both sides have been accused of committing atrocities, including rape and mass civilian killings.

On Friday, the UN accused the government of effectively blockading aid supplies to Tigray, warning that millions of lives were being put at risk.

The UN estimates that 5.2 million people need urgent assistance if “the world’s worst famine situation in decades” is to be averted.

But on Saturday, the Ethiopian government said 500 trucks with aid had entered the region, including 152 in the past two days. The number of security checkpoints had also been reduced, it said.

There’s been no independent verification of this claim.

The UN had complained that not a single truck had reached Tigray since 22 August, while 100 per day were needed.