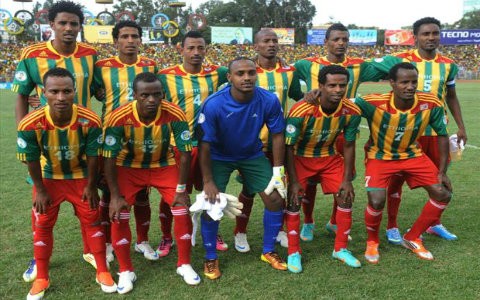 Ethiopia plans to play warm-up matches against continental powerhouses Ghana and Cameroon before taking on Nigeria in the final play-off for the 2014 World Cup, Ethiopian Radio and Television Agency (ERTA) reported on Tuesday.

The Walya Antelopes have opened camp in Addis Ababa with 24 players from the local league and expect four players from abroad to join up with the squad in a fortnight.

Coach Sewnet Bishaw is then expected to name his final 23-man squad to face the Super Eagles. His opposite number Stephen Keshi announced his 23-man squad for the game last week.

The East Africans will host the crunch tie against the Super Eagles on October 12 in Addis before coming to Calabar for the second leg on November 16.

If the Ethiopian Football Federation succeeds in securing friendly matches with either Ghana or Cameroon, it will give them an opportunity to test their strength against teams that play similar styles like the reigning African champions.

The Super Eagles defeated Ethiopia 2-0 in Rustenburg on their way to winning the Africa Cup of Nations early in the year.