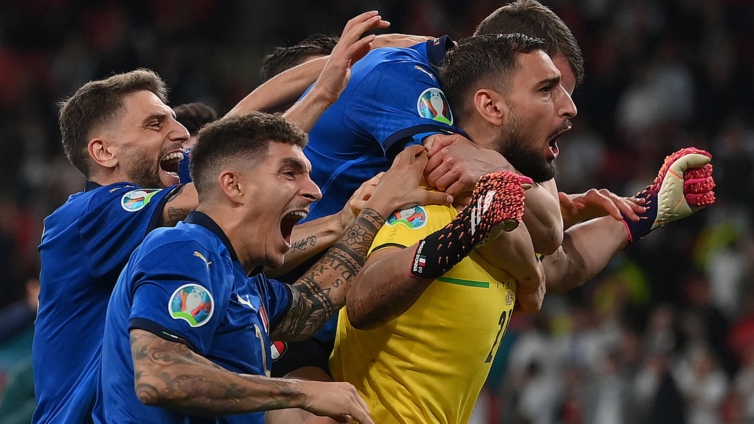 Italy goalkeeper Gianluigi Donnarumma has been named Player of Euro 2020 by Uefa.

The 22-year-old, set to join Paris St-Germain from AC Milan on a free transfer, saved two penalties in the Azzurri’s shootout win over England at Wembley that gave his country a first European Championship since 1968.

Donnarumma denied Jadon Sancho and Bukayo Saka from the spot and is only the second keeper to win the award, after Denmark’s Peter Schmeichel in 1992.

He kept three clean sheets and conceded four goals in the tournament, where he played 719 minutes – more than any other player.

Speaking after the final win, he said: “We were amazing, we didn’t give up an inch. We did it from scratch, we are a fantastic team and we deserve this success.”

The 18-year-old only missed one minute of La Roja’s campaign, going off at the end of extra time in the quarter-final against Switzerland. He had just four senior caps before the tournament.

Spain boss Luis Enrique said: “What Pedri has done in this tournament, at 18, no one has done. Not even Andres Iniesta did that; it’s incredible, unique.”

Cristiano Ronaldo finished the tournament as top scorer with five goals. Czech Republic striker Patrik Schick also scored the same amount, but Portugal’s Ronaldo finished in front thanks to an assist against Germany.