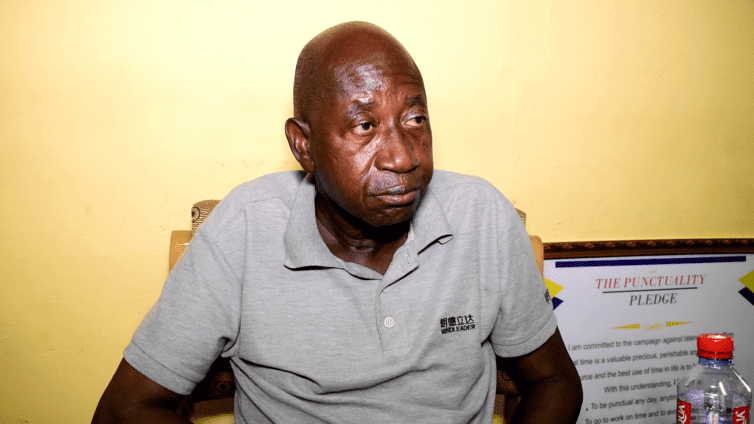 A joint operation by the Drug Enforcement Unit of the Police and the Food and Drugs Authority has led to the arrest of a 77-year-old man who posed as a medical doctor, operating in Peki in the South Dayi District of the Volta Region.

Amoatwor Harrison who is a preacher of the gospel is said to have been engaging in diagnosis, treatment and issuing of drugs to unsuspecting residents in his enclave.

He had put together a fake professional portfolio which he uses to convince his clients to identify him as an individual who had gone through the required training.

According him, he studied medicine at the University of Ibadan, Nigeria after he had graduated from the Dambai College of Education.

He also stated in the profile that he offered his national service at the La Poly Clinic, after which he was posted to the Assin Fosu Government Hospital.

His profile also detailed that he had worked at Takoradi and the Oda Government Hospital, before setting up his own health centre, Jehovah Rapha Medical Centre, where he is the Director.

Speaking to the media, Mr. Amoatwor said he was licensed by the Ghana National Association of Traditional Healers, six years ago, but lost the certificate and other documents he was issued with during a robbery incidents about 3 years ago.

“I had the license but I was robbed and my certificate was stolen including some of my documents”, he said.

He said he had been practicing as a medial expert for about 6 years and produces his own herbal medicine while repackaging some orthodox medicine under his brand name.

“As much as I know, the medicines I produce are potent,” he stressed.

“I produce some and I purchase some”, he added.

He, however, confessed to the act of repackaging and selling orthodox under his brand name indicating “it was negligence on my part, I shouldn’t have done so”.

Items found in his possession included a diary, birth record, BP monitor, aphrodisiac, unlabeled ointment and powder, herbal medicines with his brand name among others.

The Volta Regional Head of FDA, Gordon Akurugu, said he would be remanded into police custody while investigations continues into the illegality which might have caused the lives and health of persons he may have come into contact with.

He said that the suspect and his facility have not been licensed to operate hence contravenes with the provisions of the sub-section 111,112,113 of the Public Health Act.

DISCLAIMER: The Views, Comments, Opinions, Contributions and Statements made by Readers and Contributors on this platform do not necessarily represent the views or policy of Multimedia Group Limited.
Tags:
Food and Drugs Authority
Ghana Police Service
Peki
Volta Region