Family of slain farmer distances itself from the Zongo youth vandalism - MyJoyOnline.com

Family of slain farmer distances itself from the Zongo youth vandalism 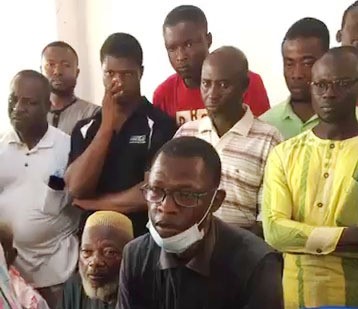 The family of slain farmer, Adamu Soldier of Wenchi in the Bono Region has distanced itself from Tuesday morning’s disturbance by the Zongo youth that led to the destruction of properties belonging to private individuals.

Spokesperson of the Wahab family, Yaroba Wahab, told journalists at Wenchi that even though the family is grieved by the gruesome murder of their relative, it was inappropriate for the youth to have vandalized the properties of people they believe caused the sudden death Adamu Soldier.

“Look, two wrongs do not make right so going to the extent of burning the properties of persons suspected to have killed our uncle is just not good,” he emphasised.

Yaroba Wahab who spoke after the Islamic burial of the late Adamu Soldier said the family will want the government to institute an independent commission of enquiry to unravel the circumstances surrounding the murder of their relative.

“We think the police had dealt with the numerous complaints our uncle made, this thing could not have happened but well, this where we all are.

The Wahab family believe strongly that it is only a commission of enquiry that will get us absolute justice,” Yaroba Wahab stressed.

He however encouraged the Wenchi Zongo Youth to remain calm whilst the security agencies investigates the two incidents.

The spokesperson further urged government to help the widow of their late uncle to cater for the eight children he left behind.

Yaroba on behalf of the Wahab family appealed to the Wenchi Traditional Council to resolve all land disputes in order to avert similar situations in future, adding “we believe Adamu Soldier was kill for farming on the land that our great grandfathers handed to us”.

Until his untimely death, Adamu Soldier was a prolific farmer but calls himself a soldier because of his warrior heart.