Father kills 9-year-old daughter after accusing her of witchcraft 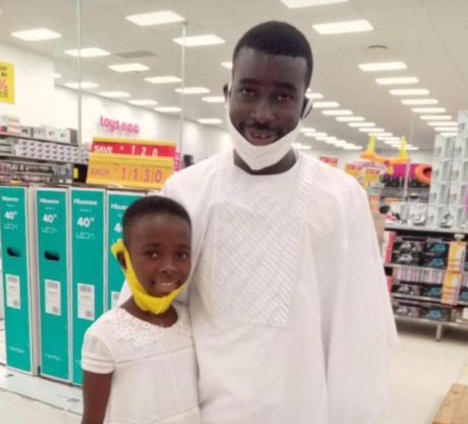 A Pastor of Heavens Kingdom Palace Ministry International is reported to have killed his 9-year-old daughter after accusing her of witchcraft.

Gideon Boakye, 28-year-old has been apprehended by the Nkoranza South Police Command after investigations carried out found him responsible for the death of Boakye Queenstar.

According to the Nkoranza South Police Command, the remains of the deceased were found at the Nkornaza cemetery a month after the gruesome murder.

In a report from AdomNews correspondent Christian Ofori Kumah, the Uncle of the deceased, Mr Boamah lodged a complaint to the police on December 2020 after Boakye Queenstar was nowhere to be found.

According to the report, Gideon Boakye together with his daughter returned to Nkoranza South to partake in the 2020 general election and left to Accra on December 14, 2020.

A few days later, the grandparents of Boakye Queenstar reached out to Gideon Boakye to find out the wellbeing of their granddaughter upon their arrival to the capital city.

But surprisingly, they were told by the father that he did not travel with his daughter. This according to them, raised some suspicion.

After an interrogation process with Gideon Boakye, the Police Command indicated that father of 9-year-old Boakye Queenstar, accused his daughter of witchcraft after receiving a prophecy from his Senior Pastor.

He was instructed to wake up at 1 am everyday to beat the demon spirit out of her.

Unfortunately, in adhering to these instructions, he lost control and ended the life of his daughter and deposited her lifeless body at the Nkoranza cemetery in a sack.

The remains of the deceased have been released to the family for burial.

However, investigations are still ongoing as Gideon Boakye is yet to face prosecution.