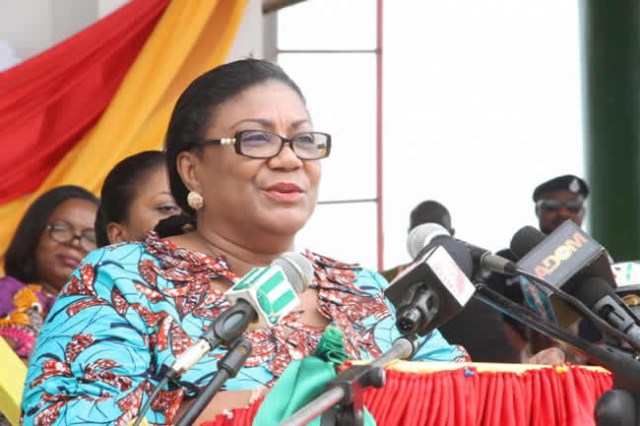 Merck Foundation, the philanthropic arm of Merck Germany, in partnership with Ghana’s First Lady, Mrs Rebecca Akufo-Addo, has launched a campaign to overcome the stigma associated with infertility among women.

The "Merck More Than a Mother" campaign would leverage on the power of the mass media to educate and help everybody to have better understanding of fertility issues.

It would also assist in identifying interventions to improve fertility care, access to information by childless couples and change of mindset.

Mrs Akufo-Addo was recognised with an award for the good job she has been doing as Ambassador of the “Merck More Than a Mother” at the ceremony held in Accra.

She would jointly chair the upcoming sixth edition of the Merck for Africa Asia Luminary to be hosted in Accra from October 29 – 30, this year, with Dr Rasha Kelej, Chief Executive Officer of Merck Foundation.

The First Lady applauded Merck for the critical role it has been playing in the socio-economic development of, especially Ghanaian women.

She pledged her unwavering support for the Foundation it worked to create significant impact on "our people's advancement".

Dr Kelej gave high marks to Mrs Akufo-Addo for the great effort she was making to bring progress to the people and for accepting to become the Ambassador of the campaign.

Mr Kwaku Agyemang Manu, the Health Minister, said Ghana was ready to work with well-meaning institutions like the Merck Foundation to provide quality health care and improve the lives of the citizenry.

Mrs Cynthia Morrison, the Gender Minister, encouraged infertile couples to consider adoption as an alternative since there “are many children who continue to seek for such opportunities to grow with parents”.