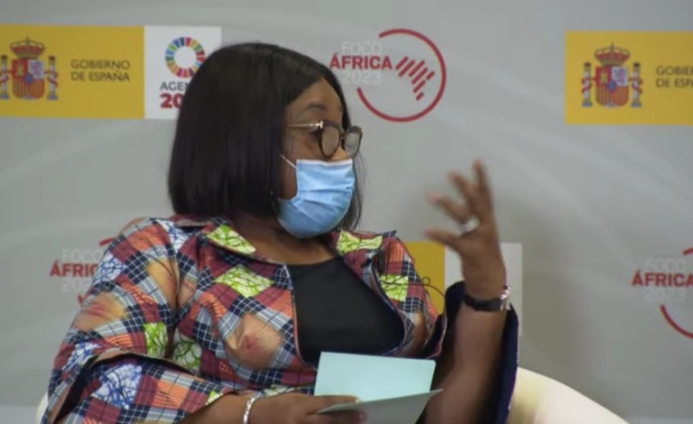 Foreign Minister Shirley Ayokor Botchway has given the indication that the affirmative action bill may be passed this year.

The bill is expected to among others, promote equality in participation and representation in decision-making processes and also enable women to protect and promote their rights.

Promoting these rights comes with some empowerment which she says is the focus of the government.

Contributing to a round table discussion at the launch of focus Africa 2023 in Madrid Spain, Shirley Ayokor Botchway outlined the government’s efforts to which are empowering women in the country

“We are in the process and hopefully we will be passing the affirmative action bill into law so that we can pull the women up to a point where we know we now have the women who are representatives,” she said.

Recognising how women and girls have been badly affected by the impact of covid-19 especially during the lockdown, Madam Ayokor Botchway said access to financing has been made easy so the woman can be helped back up from where they were badly hit by the pandemic.

“We’re making access to skills and knowledge easy so they can thrive. We’re also building the capacity of women before they have access to these funds so they know how to handle the funds.

The Foreign Minister said government is finding means of engaging women, especially girls who cannot be employed by the public sector so they can be financially empowered.

“We’re also making sure they have opportunities on the lands leased or owned by a family which can help them get the financing into businesses,” she said.

Shirley Ayokor Botchwey also spoke about an ECOWAS decision agreed on by heads of state on putting an end to women and sexual based violence which ultimately affects the capacity to empower the women.

The heads of state agreed to put in policies against gender-based violence, sexual exploitations, and all that harmful practices which were occurring in homes but became rarer during the covid-29 pandemic.

DISCLAIMER: The Views, Comments, Opinions, Contributions and Statements made by Readers and Contributors on this platform do not necessarily represent the views or policy of Multimedia Group Limited.
Tags:
Affirmative Action Bill
FOCO Africa 2023
Foreign Affairs Minister
Shirley Ayorkor Botchwey