Former deputy Attorney-General Dominic Ayine has expressed concern the Special Prosecutor's office to be created by government will go witch-hunting appointees of the former NDC government.

The Bolgatanga East NDC MP who was contributing to a debate on the State of the Nation Address said he could 'predict with mathematical certainty' that this will be the case.

The creation of the Special Prosecutor's office is a 2016 campaign promise by Akufo-Addo as part of his tools for political fighting corruption. 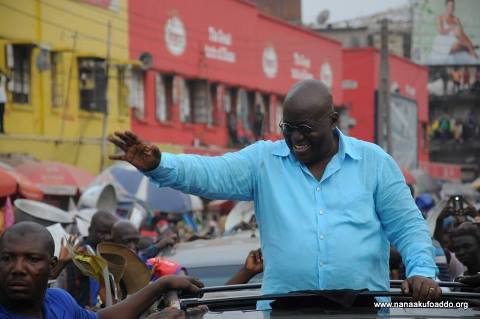 The Attorney-General is the sole authority granted exclusive prosecutory powers in criminal matters by the 1992 constitution. But because this appointee is a member of government and the cabinet, possible conflict of interest arises when taking on members of the same government indicted in political crimes. That has hampered the fight against corruption.

In view of this reality, President Akufo-Addo has expressed hope the creation of a seperate prosecutorial  body could reduce conflict of interest situations and help fight corruption in public office.

This is because the special prosecutor would not be a member of government and would be granted a greater measure of independence to fight corruption.

But Dominic Ayine, who is the second reported NDC MP to raise concerns about this office, is not convinced about Akufo-Addo's plans.

He remains suspicious that the Special Prosecutor will still be constrained by conflict of interest if he targets members of the ruling government.

Dominic Ayine 's concerns is a follow-up to similar concerns by another MP and former deputy Interior minister James Agalga.

A week ago, the Builsa North MP said on the floor of parliament that while he supports the move to set up an office of Independent Prosecutor, it could become an uncontrollable monster.

This he said can cause 'havoc to the authority of the executive'.