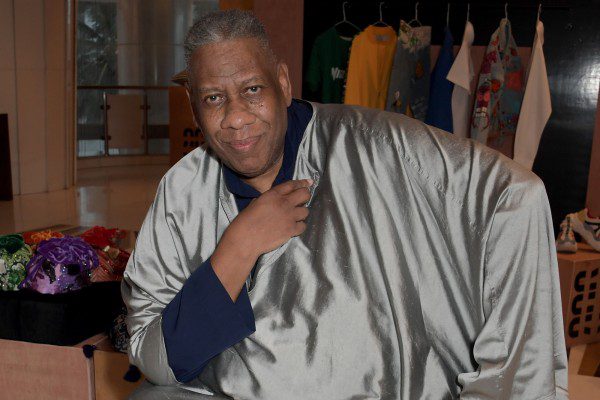 The fashion world has lost an icon.

André Leon Talley, former Vogue editor and creative director has died, ET has confirmed. He was 73.

Talley reportedly passed away Tuesday at a hospital in White Plains, New York, per TMZ. It’s not yet known what he had checked into the hospital for.

Talley’s vision helped transform Vogue in the ’80s and ’90s as he worked his way up at the magazine to eventually become news director, a position he held from 1983 until 1987, before taking on the role of Vogue‘s creative director in 1988.

Talley later became editor-at-large at the magazine and worked on-and-off for Vogue until leaving the publication in 2013. Even after he left the company, Talley continued contributing to Vogue and appeared on several podcasts for the publication.

Talley was not only seen as a fashion icon for his incomparable wears, but for the barriers he broke at the magazine and elsewhere on the world’s runways by pushing top designers to have more black models in their shows.

The fashion journalist also notably advised the Obama family during their time in the White House, where he introduced Michelle Obama to the Taiwanese-Canadian designer Jason Wu, who designed her inaugural gown.

ET last spoke to Talley in May 2020, where he discussed his memoir The Chiffon Trenches and why he decided to share his deepest, darkest secrets and victories.

The fashion legend told ET the time he couldn’t be happier to share his memoir with the world and his fans. After the release of his 2017 documentary, The Gospel According to André, Talley got the confidence to “pin this story of seven decades of living on the planet.”

“What is very significant about this book is it’s my epistle of the joys of my life. The highs, the lows, the mountains, the valleys, the pains, the avenue of pains as wide as the avenue of Champs-Élysées in Paris, which I love, as well as the celebrations,” Talley jubilantly explained. “I’ve had a great life and I’ve met extraordinary people, and I just wanted to let people know that you can survive all formidable odds.”

Not afraid of exposing his most difficult times — including dealing with racism, sexual abuse, ageism, shaming culture and more — Talley expressed that this book is about survival.

“This is a book about going into the chiffon trenches in the segregated South, being in the front row, being the first black man in the international world of fashion, Paris, front row, January 1978 [at] Yves Saint Laurent. Skinny, well dressed, well-ruled and smart,” he recalled. “Into Vogue 1983 and then made creative director by Anna Wintour in 1988 — and therefore it’s been a climb. It’s been rough. It’s been smooth. It’s been a tsunami. It’s been waves and waves and I’ve survived.”

While he’s been surrounded by and has worked with the most revered fashion icons and celebrities, above all else, Talley hoped that his readers think of him “as larger than life,” but also someone who gave “everything, all of my inner being, my inner spiritual self.”

“I try to share my light onto the world, and hopefully [that] helps someone in their career, or [I] inspire someone with my smile, my energy and my passion, and my dedication to fashion and style,” he concluded.

DISCLAIMER: The Views, Comments, Opinions, Contributions and Statements made by Readers and Contributors on this platform do not necessarily represent the views or policy of Multimedia Group Limited.
Tags:
Andre Leon Talley
Vogue