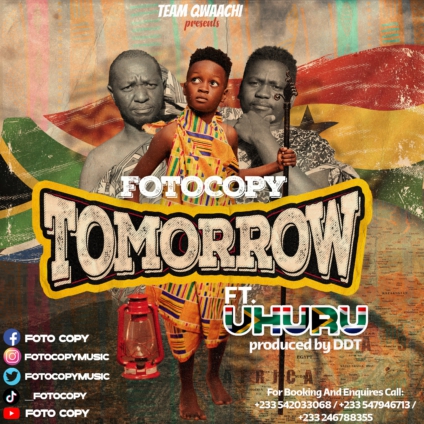 The song titled ‘Tomorrow’ is a mix of Ghana’s music genres and South Africa’s Amapiano. The eight-year-old is expected to also premiere the music video which was recorded outside Ghana at a special event at the 4Syte Mansion in Accra.

Music lovers will also have the opportunity to listen to the song together with the child star. There will be a performance later and a countdown to the premiere of the song.

The young musician was recently in South Africa for his education campaign ‘School Dey Be’.

He was on the streets, visited schools, public parks, churches, radio and TV stations to propagate his message about the importance of education. While in South Africa, he worked together with Uhuru in the famous Kalawa Jazmee studios in South Africa.