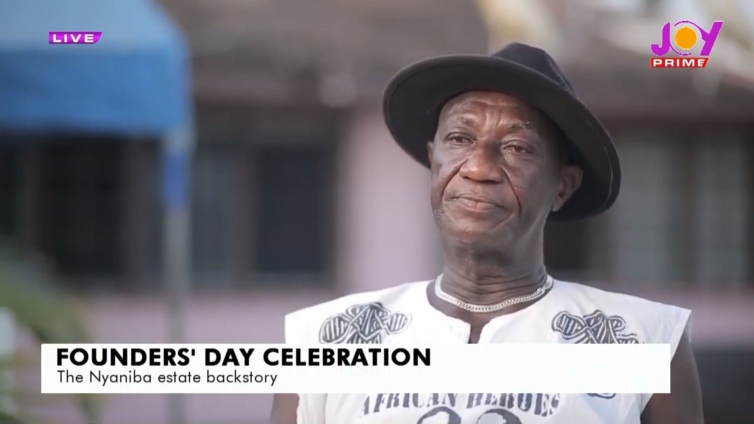 A Senior Citizen, Ezekiel Kwesi Akyin Biney says that Kwame Nkrumah never owned a house even when he was the President of Ghana.

Mr. Akyin Biney, whose father worked in Nkrumah’s regime during the post-colonial era stated that Nkrumah never built a house during his tenure as Ghana’s President and his son had to live with someone else as Ghana celebrates Founders’ day.

In an interview on Prime Morning show with KMJ Wednesday, he explained that the founders/former leaders of the country had the people at heart and dedicated themselves to serve the people with respect and diligence as compared to the current leaders.

He said, “Can you show me Kwame Nkrumah’s building? No. He never had a building. His son, Sekou was sleeping next to somebody’s house…selfless heroes, they were not thinking about themselves. I think one of the leaders asked, ‘Kwame how can you be writing books at the same time being a Prime Minister or President? He will never think about material things.”

“Now there’s no respect in Ghana. Somebody will just get up and insult an old man, an old lady just because of politics which doesn’t augur well for our democracy,” he added.

He also suggested that the country needs compassionate leaders who will have the people at heart and not think about themselves first, as God will deny anyone who loves material things the intellect to do good things.

“We need to have selfless leaders not because of money, but why you’re there, think about the people. The moment you start thinking about material things, God will not give you the brains to do something better,” he stated.

Mr. Akyin Biney also entreated the government to change the education system and teach students more of Ghana’s history, as the schools’ curricula do not include Ghana’s independent transition as well as the founders.

“It’s pathetic because nowadays in our schools, they don’t teach the kids about how we became independent, our leaders etc. You ask a kid, do you know Kwame Nkrumah? And he says who is Kwame Nkrumah? But go and mention somebody’s name, a musician or something. This is where we are now. We should impart knowledge.”