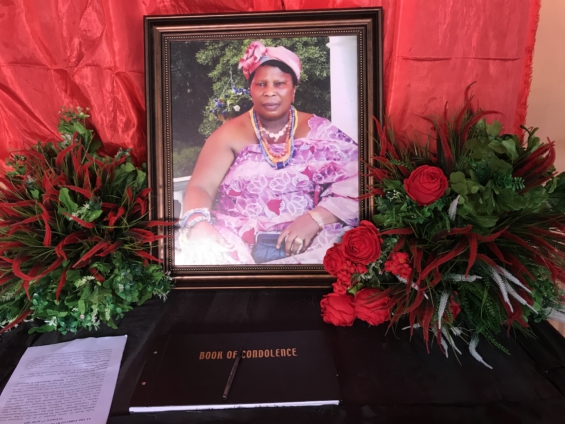 The Gbi Traditional Area in the Hohoe Municipality of the Volta Region has announced the demise of its Paramount Queen Mamaga Dewotornyo I.

The Traditional Council has, therefore, decreed a four-day ban on noise making between June 1, and June 4, to mourn the deceased’s departure and end of her 50-years reign.

The Chief of Gbi Atabu, Togbe Adzofowusu who made the announcement in Hohoe, entreated residents and indigenes across the world to obey the decree and fully participate in mourning Her Royal Highness.

He described the deceased as a vibrant lady who took keen interest in the human capital and social development of the municipality.

“Mamaga Dewotornyo I during her 50 years reign was able to initiate a lot of projects to enhance the image of Queen-mothers in the municipality”, he said.

He indicated her significant role in the establishment of the Hohoe Municipal Council of Queen-mothers which she headed as the President until her painful exit in early 2019, after she took ill.

He announced that the burial ceremony for Mama Dewotornyo would be held between Thursday 15th July 2021 and Monday 19th July 2021.

Mamaga Dewotornyo I was born on 20th September 1940 to Mrs. Afua Christina Dzandu-Safo and Mr. Daniel Yao Dzandu. She was well a Queen Mother of of the Torkorni Royal Clan.

A book of condolence has been opened to the general public.